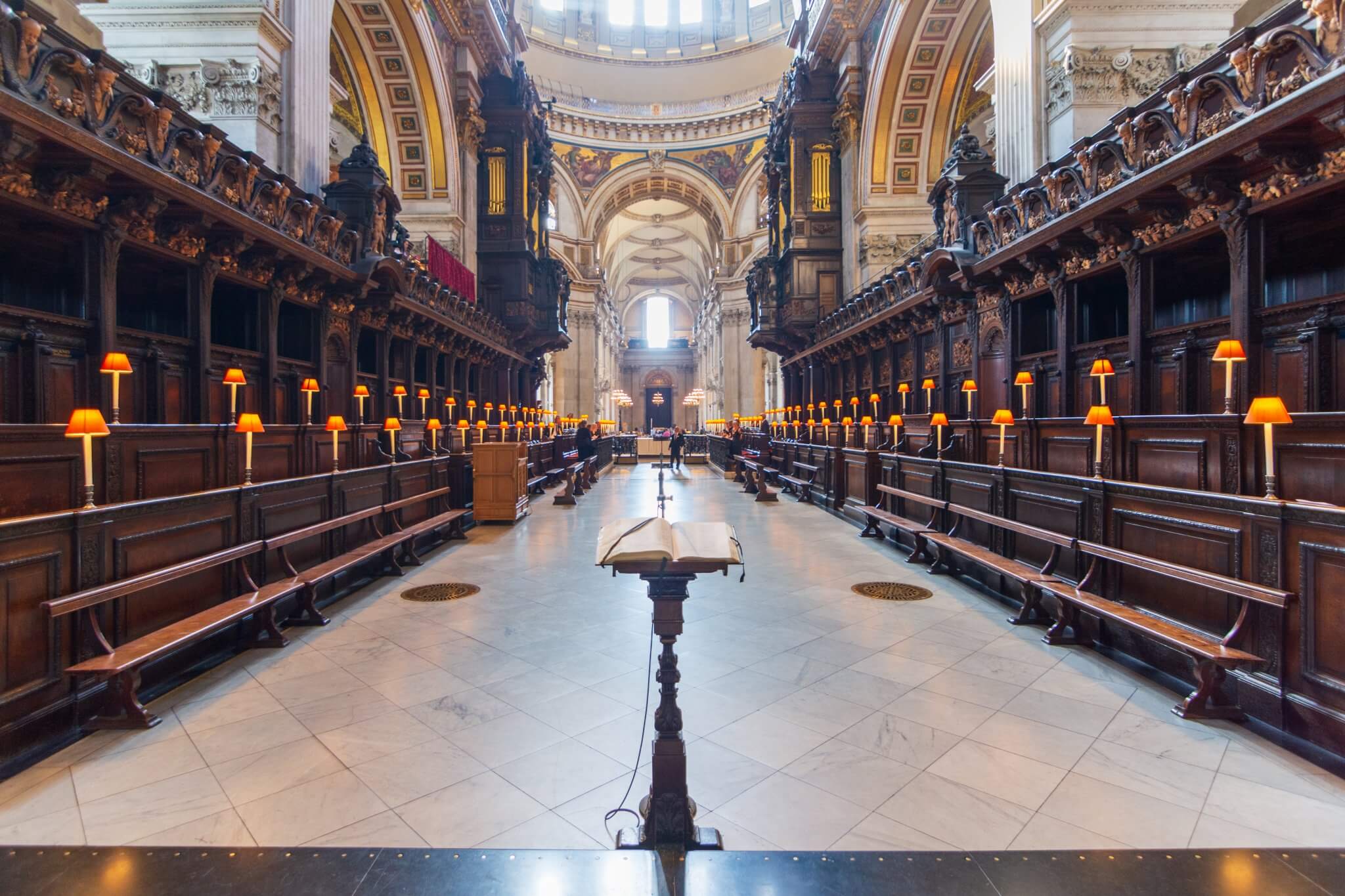 Celebrating the Feast of the Conversion of St Paul since 1660

The pamphlet details Samuel Knight’s recording of “‘the first general meeting or feast of the scholars’” as on “‘St Paul’s Day 1660/1.’”[1] An Old Pauline would preach a sermon, either in St Paul’s Cathedral or a City Church, and a dinner party would follow for the attending Mercers and Old Paulines. From the earliest of these meetings, it appears that a collection would be taken; it was split three or four ways: “a portion was devoted to sending one or more scholars to a University; a second part went in apprenticing fees; a third sum was devoted to procuring instruction for some boys in writing and arithmetic, while later the balance was spent on the provision of books for the School Library which had been destroyed in the Great Fire of London.”[2]

Famously, Samuel Pepys was one of the earliest donors of books to the School Library in the aftermath of the Great Fire and it is this, along with his many recorded return visits to the school that lead many to describe him as the school’s “First Old Boy”[3].

For reasons lost in the mists of time, there was a hiatus in the school’s celebration of the Feast for around 100 years. Festivities were reinstated in 1931, “when, two days after the Feast of the Conversion of St. Paul, a School service was held in the Cathedral for the first time for over a century.”[4]

From 1931, it seems, a relatively familiar format has been adopted. Those who remember the service prior to 2000 and the advent of John Colet Day celebrations will recall a format in which the school had slightly more control over the Cathedral service than in modern times.

F.R. Salter’s 1959 explanation of proceedings is as follows: “Members of the Mercers’ Company (in their robes) and other Governors make a procession into the stalls and the service starts with a Bidding Prayer, composed by the present Surmaster, and ends with Colet’s “oratiuncula” read by the High Master. The President of the Old Pauline Club and the Captain of the School read the Lessons, the sermon is preached by an Old Pauline, the School choir sing an anthem and a collection for the Benevolent Fund is taken up by the Stewards of the Feast, half of whom are present and half Old Paulines.”[5]

As fond as the author appears of the annual celebration, a slightly disheartening account is given of the performance of the school choir, “the most public appearance of the School Choir is probably not its best. At the School Feast Service every January it is very properly given a prominent part, but St. Paul’s Cathedral is too difficult a building for any but really highly experienced singers and therefore, gallant though the performance is, it is not, to the ear of the expert at any rate, completely satisfactory.”[6]

As difficult though it may be to ‘fill’ St Paul’s Cathedral with sound, those who attended this year’s Feast Service and many before will surely agree that the singing of the choir formed of pupils at St Paul’s and St Paul’s Juniors was, in fact, more than satisfactory.

Following the October John Colet Day service becoming the main focus of Patronal celebration for St Paul’s and St Paul’s Girls’ School in October 2000, it was not until 2003 that the Evensong in its current form was agreed with the OPC and then the reception at Mercers’ Hall was reinstated in 2006.[7] In over 350 years, despite some interruptions, the celebrations are almost true to those of its founding fathers. We hope that, in years to come, it will only grow in popularity as formulas for the Evensong and Reception are continually tested and hopefully improved.

Ten Old Paulines and guests enjoyed the warm drinks and roaring fire of the University Club on a chilly January day.
- more
12 October

An event to mark the 75th anniversary of D-Day in the gardens of the former St Paul's School in Hammersmith Road.
- more