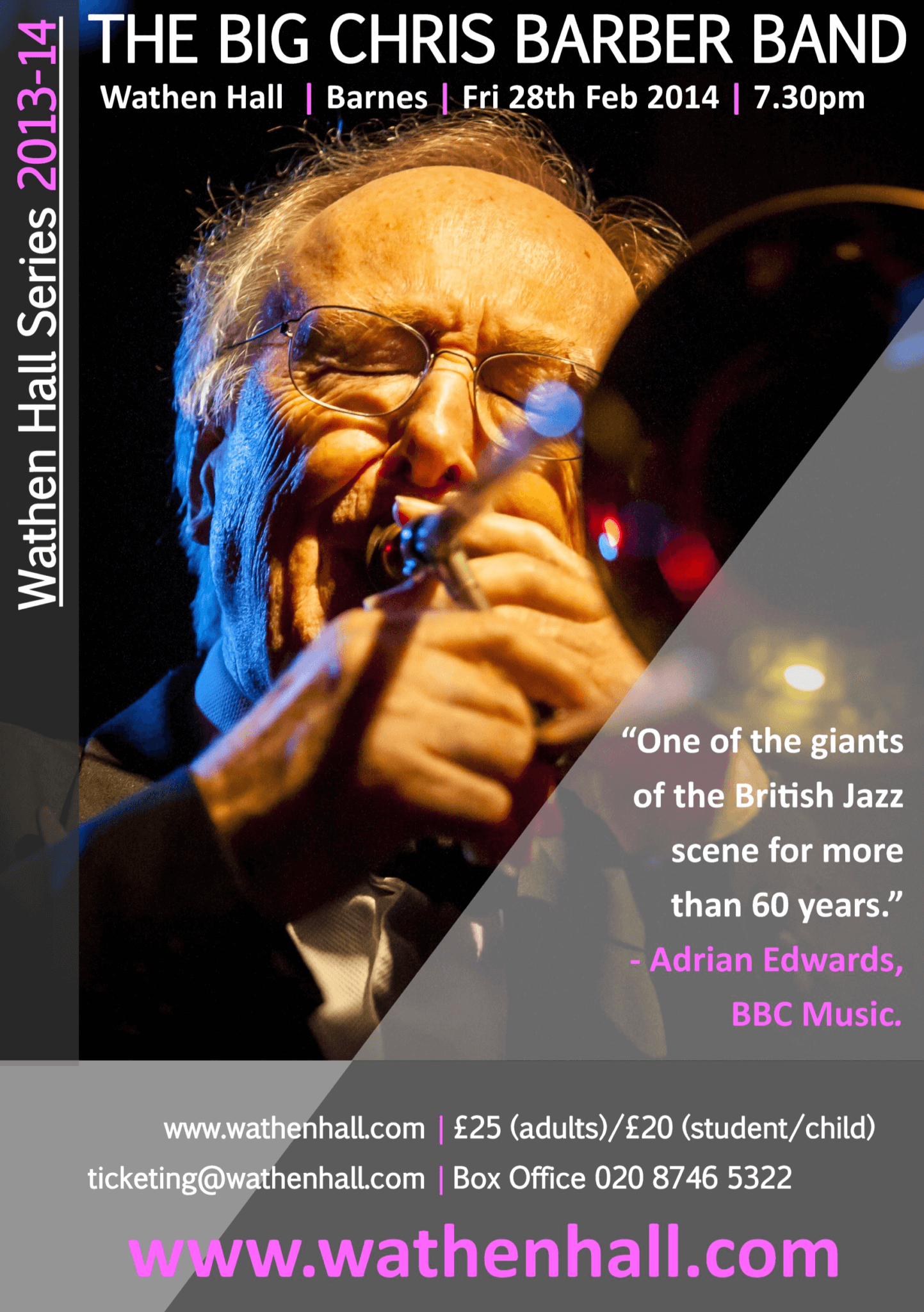 After a false start as an actuary, Chris’s musical career was to span seven decades beginning in 1949, when he formed a band with fellow OP and blues enthusiast Alexis Korner (1941-46) after graduating from the Guildhall School of Music, where he studied bass and trombone.

His interest in collecting early black American jazz and blues records was to eventually lead him to the States where he was to meet, befriend and play alongside some of the blues greats of the time including Muddy Waters, Big Bill Broonzy, Sister Rosetta Tharpe, T-Bone Walker, Memphis Slim and Sonny Terry and Brownie McGee. Chris invitied many of them to tour with his band in the UK, allowing them to reach a new audience keen for new sounds and beats. Chris prided himself on being able to play with the correct blues ‘feel’, and was vindicated in this by so many American artists wanting to share the stage with him.

Amongst those who were influenced by these performances were young and upcoming blues and R&B-based UK bands such as the Rolling Stones, Eric Clapton and the Yardbirds, Eric Burdon and The Animals, Georgie Fame and many others, all of whom enjoyed enormous success in the 1960s.

Chris’s early forays into skiffle, with Lonnie Donegan on banjo, formed the precursor to British Rock’n’Roll, with its roots bedded in the blues. In 1955, the record of Rock Island Line, featuring Chris on double bass, was an instant hit, selling hundreds of thousands of copies in the UK and the States. Chris’s version is probably one of the earliest examples of a British recording influenced entirely by Black American roots music. Later in 1956, the recording of Petite Fleur by the Chris Barber Band went to number 3 in the UK charts and number 5 in the US, winning a Gold Disc for its sales of over a million copies.

Chris went on to collaborate with countless other musicians, notably Ottilie Patterson, the gravelly-voiced blues singer from Northern Ireland who he later married. Van Morrison, Paul McCartney, Dr John, Mark Knopfler, Rory Gallagher and Jools Holland have all played with him. He continued to enjoy great success throughout his life, especially in Germany where he had a large and dedicated following.

As well as his career with the band, Chris became a founding director of the Marquee Club on Wardour Street where he pooled his music business experience with the club’s owner and jazz promoter, Harold Pendleton. The pair also initiated the National Jazz & Blues Festival in 1961, which eventually grew into the Reading Festival.

Chris’s other great passion was for fast cars. He befriended racing driver Graham Hill and the designer of Lotus cars, Graham Chapman. He later raced at Brands Hatch in several of Chapman’s models.

Chris performed fundraising concerts for the School in the late 1950’s and more recently in 2014. At the first concert, given in the Great Hall at West Kensington, the boys were admonished for tapping their feet too loudly on the floor! Happily, Chris, we’re still tapping. Your wonderfully uplifting music will remain with us.