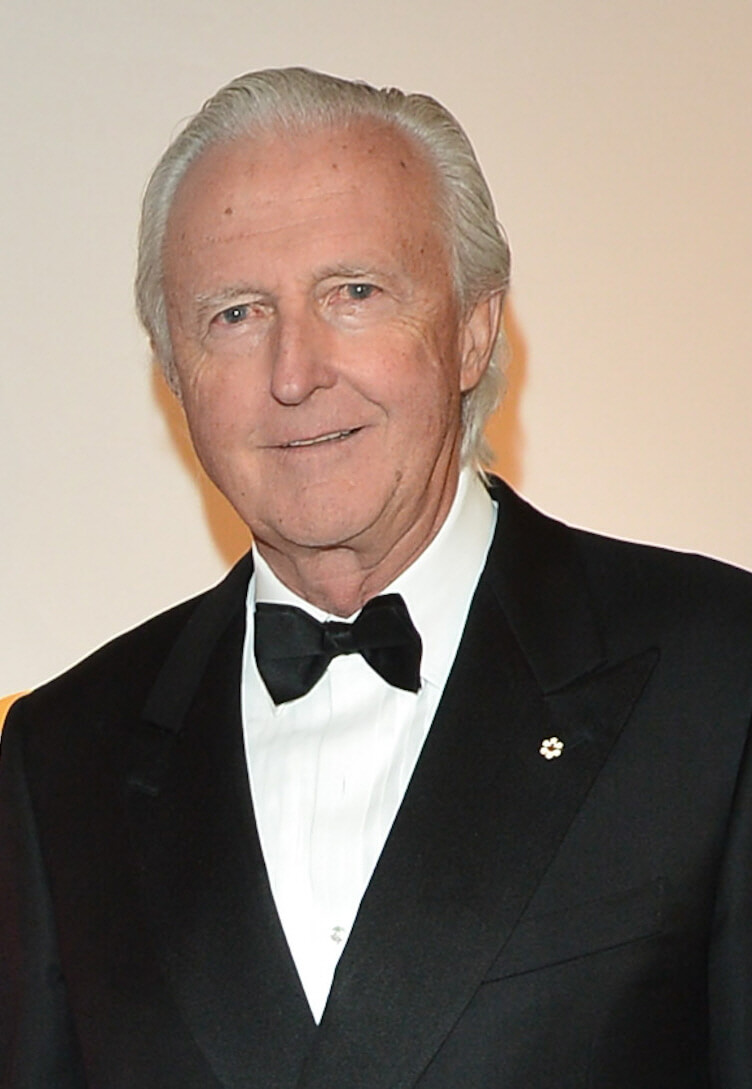 Galen Weston OC, CVO (1954-59) recalled attending more than a dozen schools in Canada, England, South Africa and the US but his longest stay was at St Paul’s. His entry in the St Paul’s Registers is short and probably does not do his father justice. – “Weston, Willard Gordon Galen b 29 Oct. 1940, s of W. G., Biscuit Manufacturer, of W1; from Miss Hugh-Jones; left G8, July 1959”. He rowed at Henley in his last term at School.

Galen studied business administration at the University of Western Ontario but was so keen to start working that he left without graduating. Then there was no stopping him. His obituary in The Times describes his early business venture in Ireland, “in 1961 he was dispatched to cut his financial teeth in Ireland, setting up a self-service grocery store with financial support from his Northern Irish grandmother. It became the Powers chain and after opening the first six he bought its competitor, Quinnsworth. He then took over the bankrupt department store Todd Burns, which was renamed Penneys (known outside Ireland as Primark)”.

In 1972 now married to Hilary (lieutenant-governor of Ontario 1997-2002), who was involved in all his business and many philanthropic ventures and who survives him along with his daughter and son, he set about revitalising the family’s Canadian interests. By 2004 George Weston Ltd was selling one third of Canada’s groceries.

Yet the jewel in his business crown was probably beating off the Scottish businessman Tom Hunter to acquire Selfridges in 2003. Until the Selfridges deal the Weston family’s unwritten rule had been that Galen looked after their American, Canadian and Irish businesses while his brother Garry ran the Australian and British enterprises including Associated British Foods and Fortnum & Mason. Garry died in 2002, leaving Galen to make the Selfridges acquisition.

Weston guarded his privacy closely especially, as The Times describes, “after a kidnap attempt by the Provisional IRA in August 1983 at Roundwood Park, his 17th-century castle south of Dublin. Irish police, who had received a tip-off, were lying in wait and exchanged fire with seven masked gunmen, five of whom were captured. It turned out that Weston was 400 miles away at the time, playing polo at Windsor”.

David Cons (1955-57) has written to The Times commenting – “Galen Weston and I were in the same form at St Paul’s School. He was a popular boy with his fellows, though not especially academic. One afternoon he invited me and three other classmates to join him for tea at Fortnum & Mason. The store was owned by his father Garfield, so we were delighted to take the bus to Piccadilly and, after a delicious tea, when the waitress produced the bill he told her who he was and that he did not have to pay. She returned and said that his father was in his office on the top floor and would like to see Galen and meet his friends. We duly trotted up and waited in his secretary’s room for about ten minutes before we were summoned. The old man told us not to sit down and ticked off his son to the effect that he would be paying the bill for tea and that he should never bring friends there if he was not prepared to pay for them. At which point we were dismissed without any further conversation. Galen seemed to take it quite well but we were not invited back”.