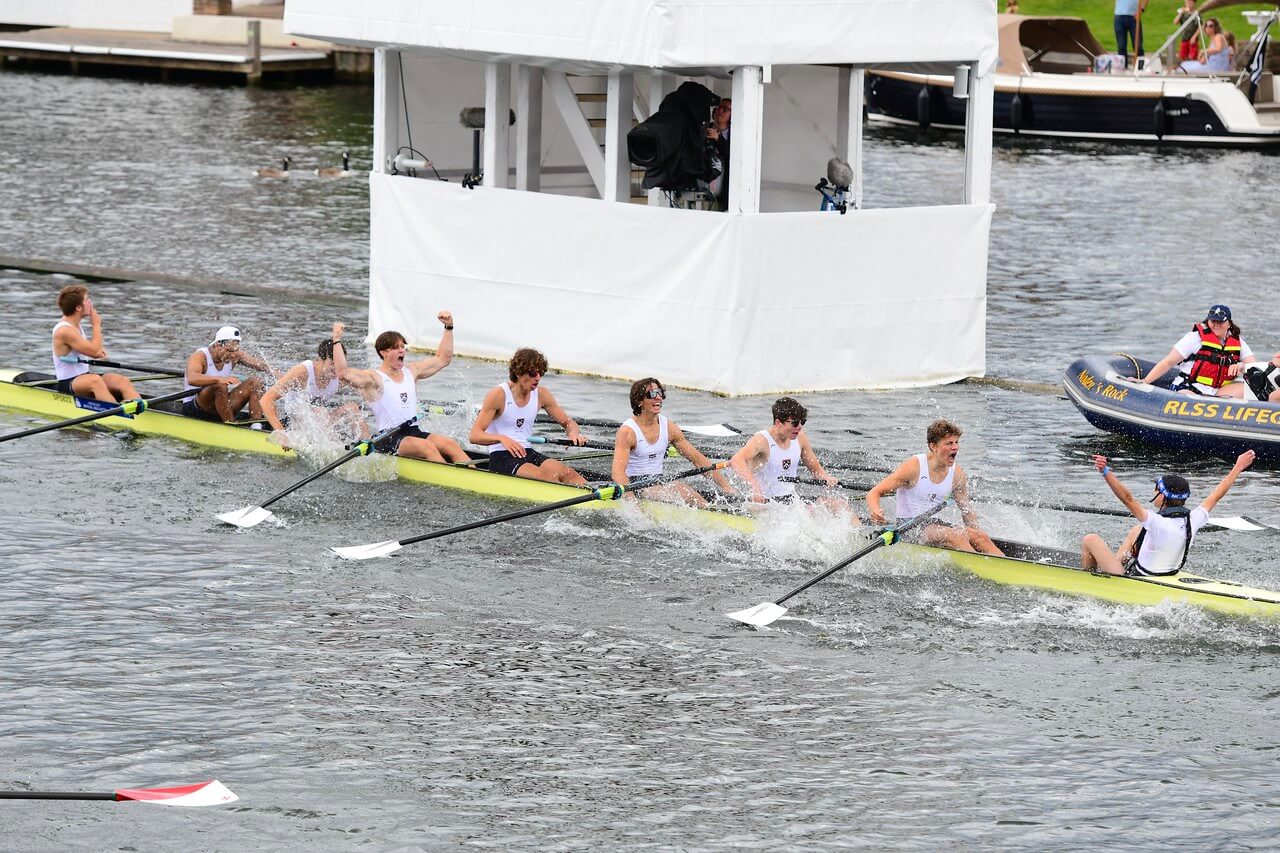 Congratulations to the School’s 1st VIII, who won the Princess Elizabeth Challenge Cup at Henley this year.

They faced a tough draw from the beginning, including Windsor Boys’ School, Shiplake College, King’s School, Parramatta (Australia), KCS Wimbledon, and Radley College in the final. Their success in the competition is attributed to the hard work of the crew members and the excellent training regime implemented by their coaches.

We are also able to celebrate OP success at the Regatta.

Freddie Davidson (2011-16) reached the final of the Stewards’ Cup, racing in an Oxford Brookes University boat drawn from the GB senior squad.

Calvin Tarczy (2016-18) and Douwe de Graaf (2013-18) reached the final of the Visitors’ Cup, as part of the Tideway Scullers’ School and Molesey Boat Club crew, which will race as a GB U23 boat this summer.

Oscar Mulvin (2015-20) reached the final of the Temple Cup as part of the Durham University A crew.

Joe Middleton (2016-21) raced in the Wyfold Challenge Cup for Molesey.

Ed Doughty (current Upper Eighth) competed in the Fulham Reach BC crew in the Wyfold Cup.

Leonardo Buizza (2008-13) competed for Quintin BC in the Wyfold Cup.

Alex Langstone-Bolt (2013-18) rowed in the UC Berkeley B boat in the Prince Albert Cup.