Home > News > History of Old Pauline Publications
Back to all news 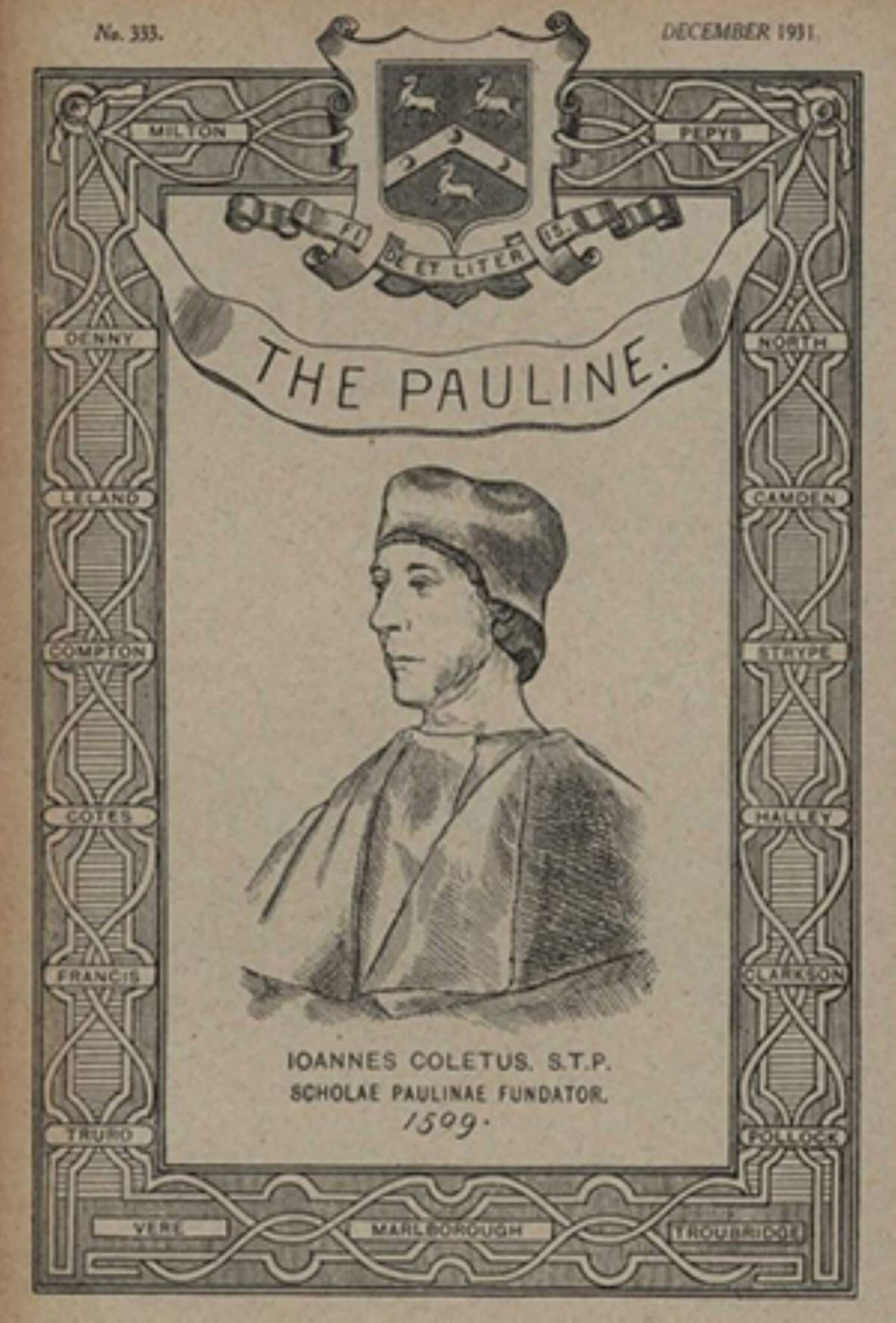 Old Pauline News through the decades and the newly-digitised archive

A section dedicated to Old Pauline news begins to emerge in publications of The Pauline towards the end of the 19th Century. News of Old Paulines caught up in the Boer War, either due to their being resident in South Africa or posted there in military appointments dominates the earliest of these bulletins. Moving into the 20th Century, more trivial matters begin to appear, including sports reports and general news. It is pleasing to see reports such as that of the Old Pauline Football Club in 1910:

“The Harlequins sent down a strong “A” team to meet the Old Paulines on our ground at Wormwood Scrubs on Saturday, October 1st.

After an extremely level game, in which the O.P.’s led for a considerable time, the Harlequins ended in securing a win by 30 points to 19”1. 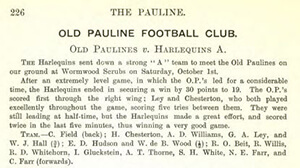 Cambridge and Oxford letters “To the Editor of The Pauline” are also a common theme from an early date, bearing news of Old Paulines at the universities. In many cases, it seems, the university correspondents are keen to emphasise (jovially, of course) that they are coerced by the club into writing a letter and take no pleasure from the fact. In the December 1910 Cambridge Letter, we read:

“Although the term is still young, and but little history has been made, you have commanded a letter, and so a letter must be written.”2 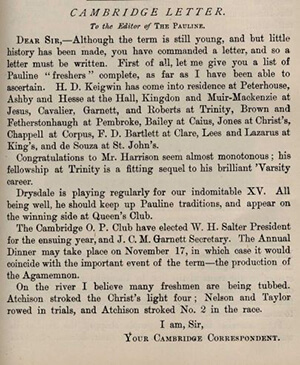 Similarly, in 1914: “There are periods of three or four months during which your Cambridge correspondent has nothing but good to say or think of you; but each of these periods is closed by a week or so of bitterness while he racks his brains to produce a Cambridge Letter.”3

In wartime, letters from the front also appear, including one dated October 5th 1914, from a certain B.L. Montgomery. At the end of the letter, following a rather sobering account of his current situation, partaking in the battle of the Aisne, Captain (as he then was) Montgomery writes:

“I suppose you are hard at football now; what will the XV. be like this year? We value letters here at the front very much. And the latest copy of the PAULINE would be very acceptable, as I should like to know the latest School news.”4

As we approach this year’s Feast Service, it might be useful to note the advice given to OPs in 1931 regarding the supper following Evensong:

“Last January things were not all that they might have been, because some thirty more diners turned up than had been allowed for, and the hotel people’s assurance that there was room enough proved somewhat optimistic. Members can themselves do much to avoid such a contretemps by informing the Hon. Secretary in good time if they mean to attend; anyhow, care will be taken that we shall not be overcrowded this time.”5

We can only imagine the scenes which unfolded in the aforementioned overcrowded hotel in January 1931. 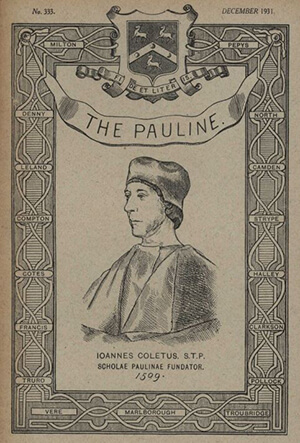 The earliest edition of a standalone Old Pauline News publication was produced in 1993 and we continue to enjoy high quality editions of Atrium twice per year, most recently under the editorship of Simon Bishop (1962-65) and, from 2020 of Jeremy Withers Green (1975-80).

A selection of issues of The Pauline from the 1830s – 2000s are now available for perusal at your leisure via the newly-digitised archive, linked from the school website.