Home > News > John Colet Day Service
Back to all news 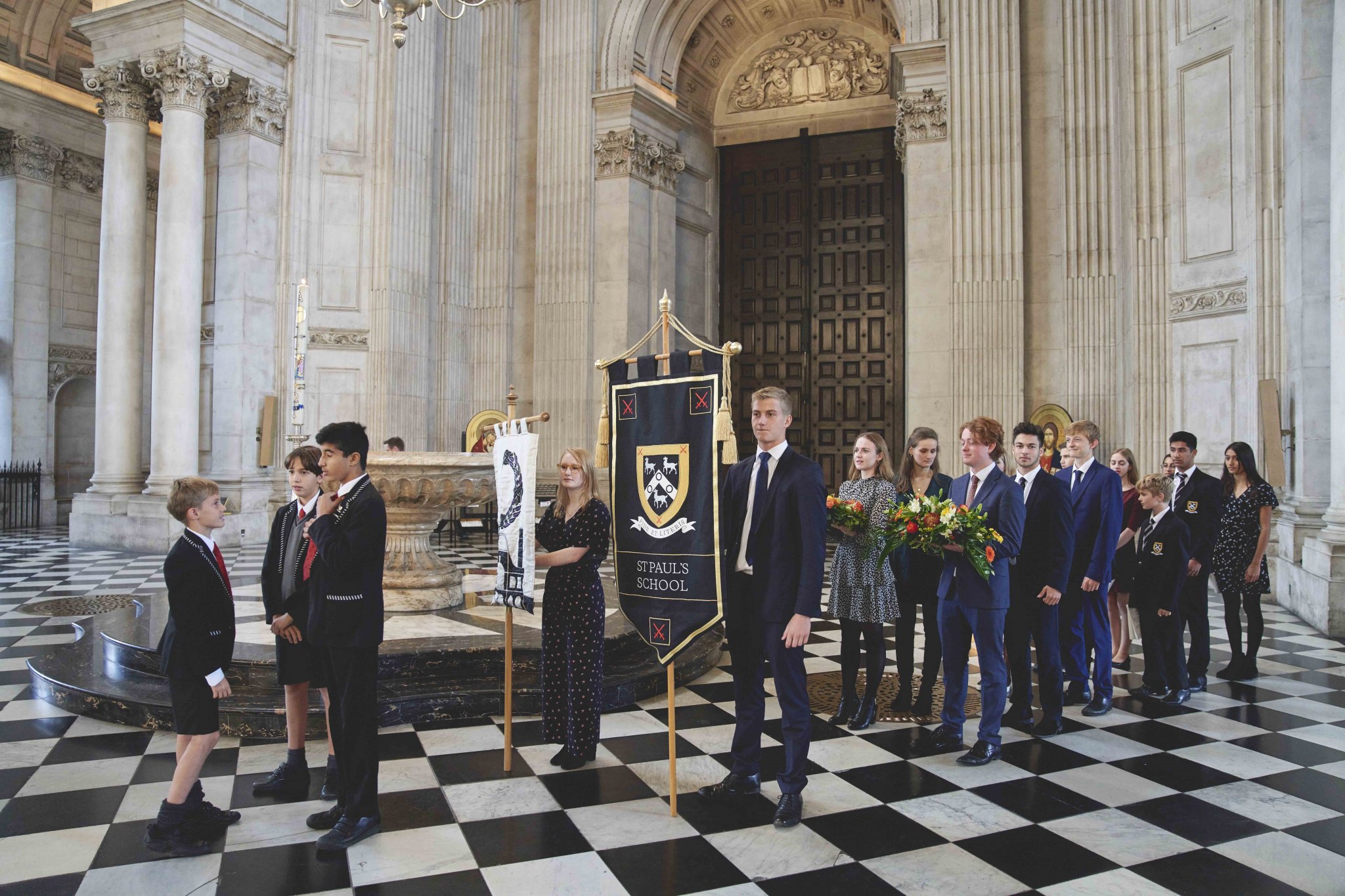 Thank you to all who joined us for our landmark John Colet Day Service at St Paul’s Cathedral this month, as we marked 500 years since our founder’s death.

Colet entrusted his fortune to the Mercers, who later continued his vision in founding St Paul’s Girls’ School. The annual service is the only time in which St Paul’s and St Paul’s Girls’ schools come together with the Mercers’ Company present, in the location of Colet’s original school.

This year, I chose the theme of ‘foundations’ for the service, which Bishop Michael Colclough, Chaplain to the Mercers, dwelt upon in his homily. Colet was devoted to the Church and it was through this devotion that he recognised the need for reform. Colet was also revolutionary in his approach to education, his was the largest school in England at the time and the first English school to teach Greek, whilst his Latin text book, written with Erasmus and Lily, was used as the standard text book in all English public schools for the next 300 years. We celebrate Colet’s visionary and revolutionary spirit each year on John Colet Day. In considering the foundations of the school, as well as Colet’s foundations for life, we begin to ponder afresh the vision and values of our school in the 21st Century.

The service, which was punctuated with favourite congregational hymns, was made all the more atmospheric by the contribution of the choirs of St Paul’s, St Paul’s Juniors and  St Paul’s Girls’ Schools. An Anthem, with words from our Founder’s prayer and music by Mark Wilderspin, Director of Music at St Paul’s, made full use of the talents of the singers and the acoustics of the cathedral by splitting up the Juniors choir spatially from the dome choir. Choral responses to the intercessions were written by Heidi Pegler, Deputy Director of Music, St Paul’s Girls’ School, and performed beautifully and reverentially by the combined choirs.

Our John Colet 500 commemorations have included all members of the St Paul’s community. School projects have included the JC500 rap, written by Head of English at St Paul’s Juniors, Jemima Waller (Old Paulina), with representation from staff and pupils of St Paul’s Juniors and Seniors. First and Second Year pupils have practised their quilling and a Sixth Form pupil has embarked on a photography project, 10 Faces of John Colet, depicting Colet in various media, with the assistance of Valérie Nolk, Head of French and Archivist, St Paul’s Juniors. Earlier this year I was privileged to visit the site of Colet’s death, situated within what is now the Royal Mid-Surrey Golf Course.

Our celebrations are by no means over and I hope that we remain steadfast in commemorating Colet and recalling his vision for the school as we pass this 500 year anniversary. Looking ahead, I would be delighted to see you at the upcoming Feast Service, more information on which can be found in a further article within this month’s newsletter.

The case is put forward for Jonathan Miller as Pauline of the 20th Century.
- more
15 September