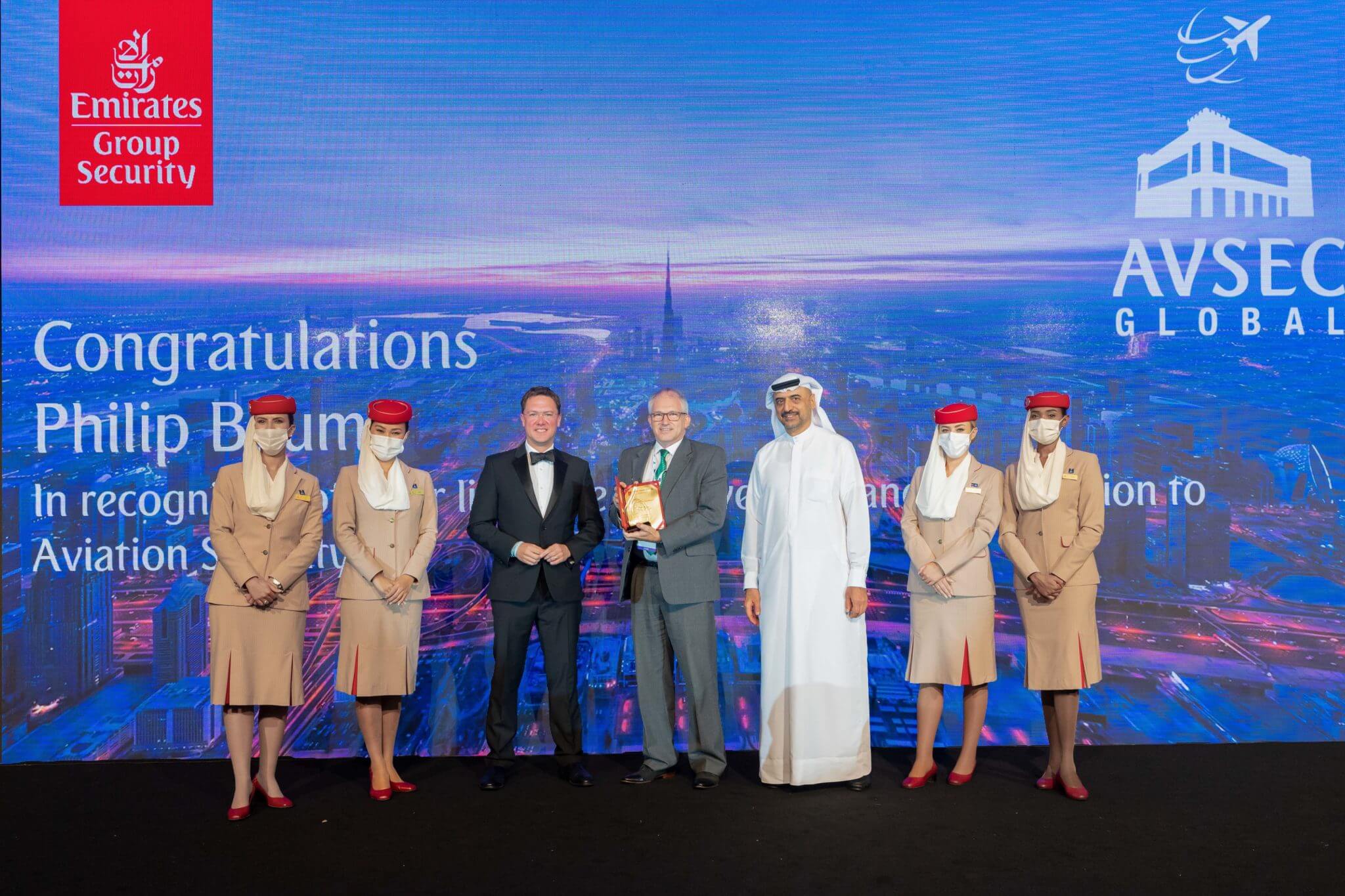 This year’s award for Lifetime Service to Aviation Security was presented to Philip Baum at AVSEC Global 2021.

The award ceremony, hosted by Emirates Group Security, was held at a gala dinner at the JW Marriott Marquis in Dubai on Monday 4 October. The award was presented to Philip by the United Kingdom’s Aviation Minister, Robert Courts MP, and Dr Abdulla al-Hashimi, Chief of Emirates Group Security. The international award recognises Philip’s global impact on the aviation security industry.

A veteran of the aviation security industry and ardent proponent of behavioural analysis solutions and common-sense based decision-making in all security arenas, Philip provides consultancy and designs and delivers security training programmes around the globe. He developed T.R.A.P. (Tactical Risk Assessment of People), a profiling methodology free from racial stereotyping and designed to counter the broad range of threats society faces – not just that of terrorism. Philip regularly chairs, and speaks at security-focused conferences internationally, and he appears on national and international TV and radio news programmes as an aviation security expert. Until March this year, Philip was the editor of Aviation Security International, the industry’s trade journal, and in 2016 he authored ‘Violence in the Skies: a history of aircraft hijacking and bombing’. In June 2018, he was appointed visiting professor of Aviation Security at Coventry University.