Home > News > OPC 150th Appeal Launch
Back to all news 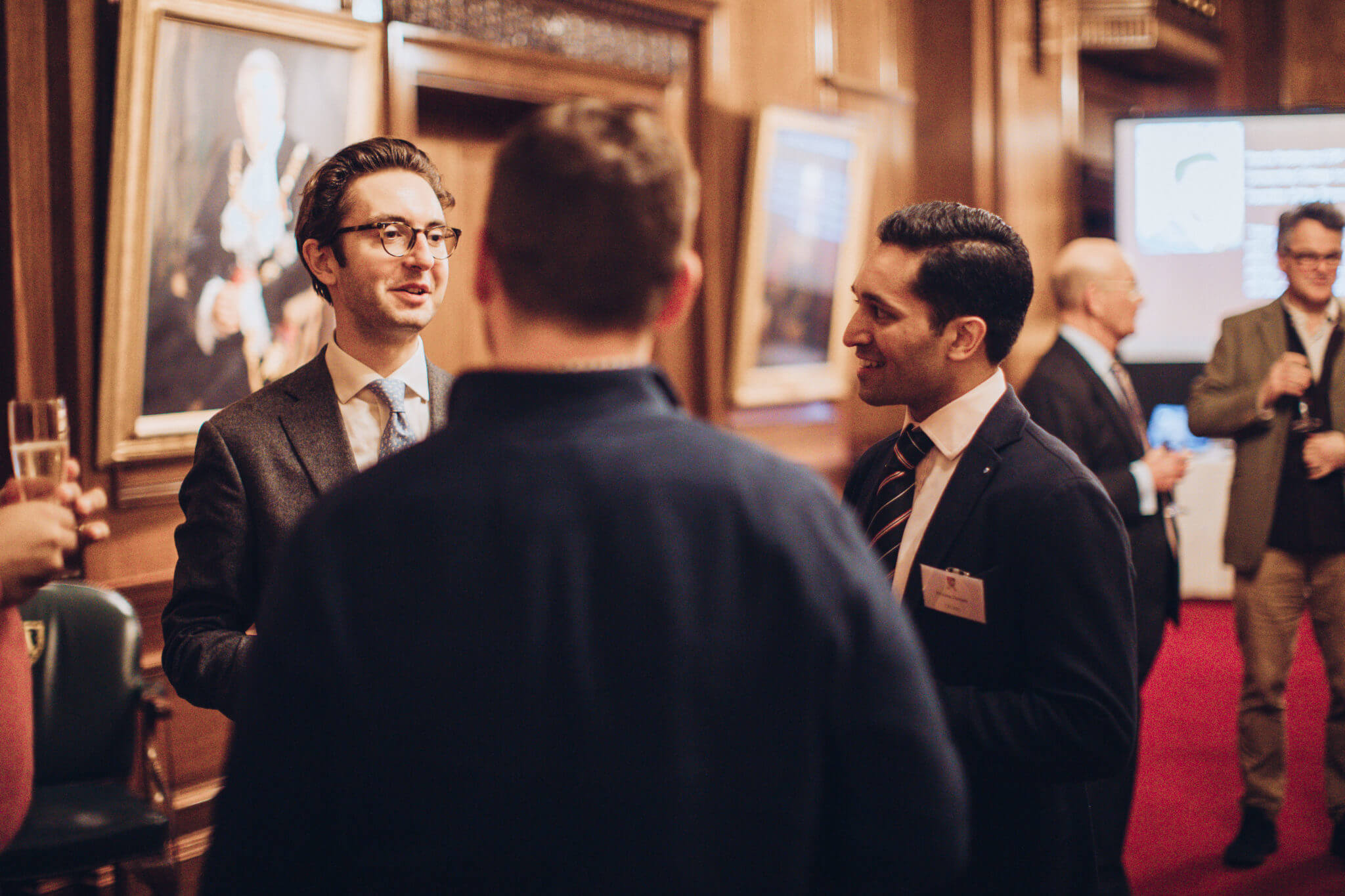 On Monday 21 February, OPs and representatives of the School met at Mercers’ Hall to mark the launch of the 150th Appeal.

Geoffrey Matthews (1972-77) chaired the event, which saw the High Master and Tom Adeyoola (1990-95) give their testimonies as to the vision for increasing the bursary provision at St Paul’s. Through the 150th Appeal, the OPC endeavours to fund 10 bursary places. Geoffrey Matthews commented:

“Some folk at University said that St Paul’s was more like a grammar school than a public school. I’m not sure they meant it kindly, but it made me very proud because, of course, in general terms a Grammar School is precisely what John Colet founded when he founded and endowed the School to educate pupils “from all nacions and countres indifferently”, regardless of race, creed or social background – or of wealth.”

All acknowledged the shortfall in bursary funding following the cessation of the assisted bursaries scheme by the government in 1997. This has meant that younger generations may not benefit from the same opportunities for bursarial support as their predecessors; something which the bursary fundraising programme aimed to address.

Tom shared his account of gaining a place at St Paul’s with a scholarship and bursarial support. The School saw Tom’s potential and he thrived at St Paul’s, eventually gaining entry to Cambridge. He has seen great success in his career in running and supporting start-ups. It was not until the Shaping Our Future campaign’s launch that Tom learnt of the huge disparity in bursary funding in the modern school compared to his time at St Paul’s, and realised that a huge level of support would be needed to restore the imbalance. Tom now supports a bursary place and has become a Governor.

Approaching 7% of Old Paulines currently donate to the school, as opposed to 47% of parents.

Tom and Geoffrey both empathised with Old Paulines who felt unsure about the ethos of the modern school and its approach to fundraising. They encouraged anyone who felt this way to speak to the Appeal Committee members and to arrange a visit to the school with the St Paul’s Community team, who could show them the modern site and explain more about the need to fund the bursary provision.

Should you have any queries regarding the campaign, or if you would like to become more actively involved in the appeal, please contact the committee via community@stpaulsschool.org.uk

A video of the speeches made on the evening and our campaign film can be viewed below: