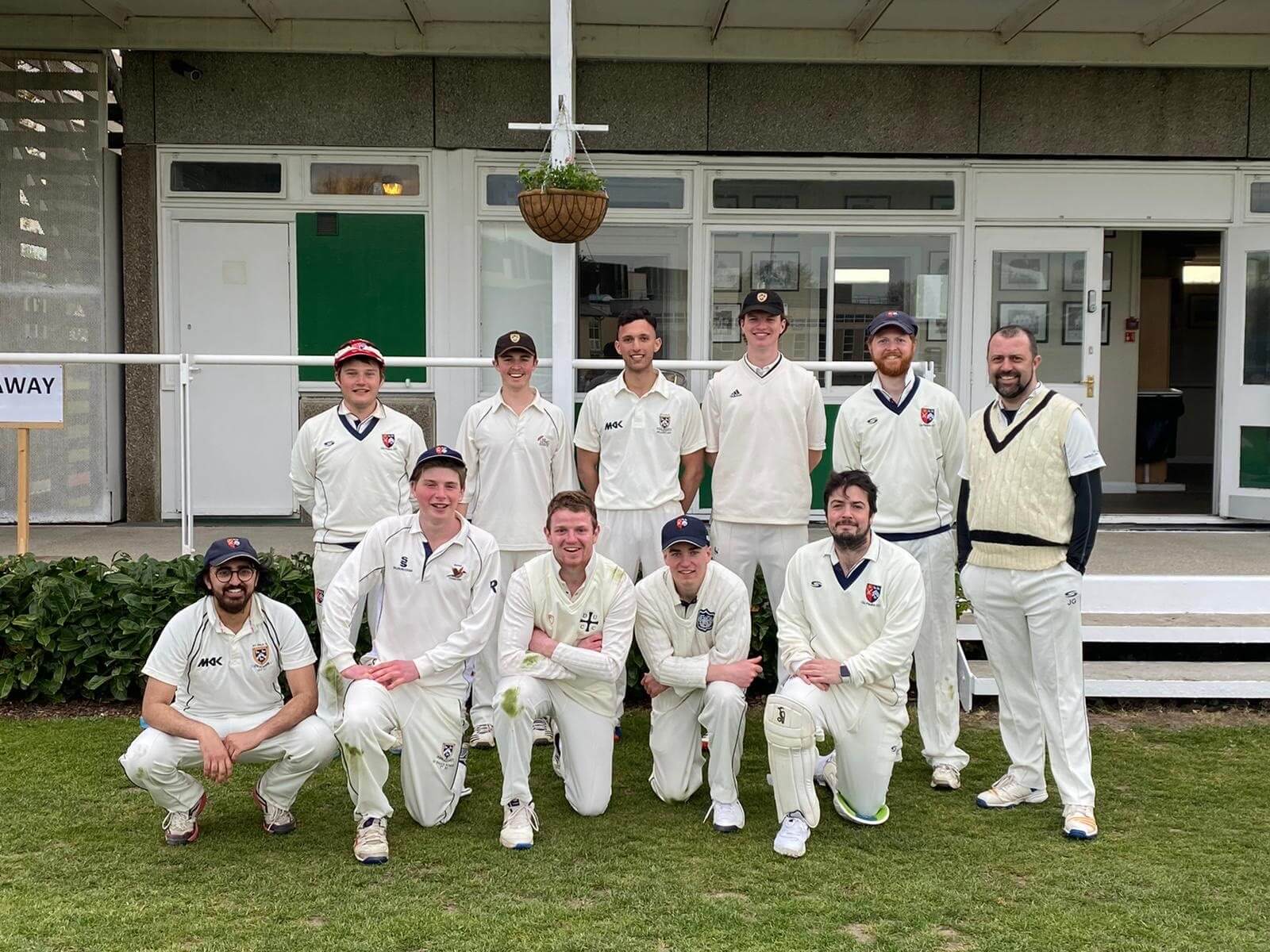 Over a year since the School played a cricket match, a gorgeous, blue skied, crisp and sunny Saturday greeted a young Old Pauline team for an all-day match with every possible result on the cards.

In traditional fashion, the OPC batted first, posting a not inconsiderable target of 209 (Arthur Jenkyn-Jones 42, Jack Turner 44 and Rory Tegner 56). With no restrictions on overs to be bowled, St Paul’s spinners in the guise of Freddie Harrison, Zach Campbell and Akhil Sofat did the lion’s share of the bowling taking four, three and one wickets respectively. Despite some very controlled and tight seam up by Chris Berkett, Arthur Jenkyn-Jones and Dylan Leon, the School paced things well achieving their target with time to spare. Fine and assured knocks by Anosh Malik and by Akhil Sofat (56) provided the backbone of the innings. With Anosh batting in serene fashion, murmurings on the boundary predicting a possible fifth century in consecutive innings were silenced when he was trapped LBW by Yasin Rana for 77.

It was a delight to see that over half the OPC team was made up of so many recent leavers – Fin Bell, Dylan Leon, Patrick Elway, Arthur J-J, Freddie Eltringham and Rory Tegner. The most cheering and heart-warming positive was, however, that despite Covid, competitive cricket was actually played.