Home > News > OPFC 150th Anniversary Dinner
Back to all news 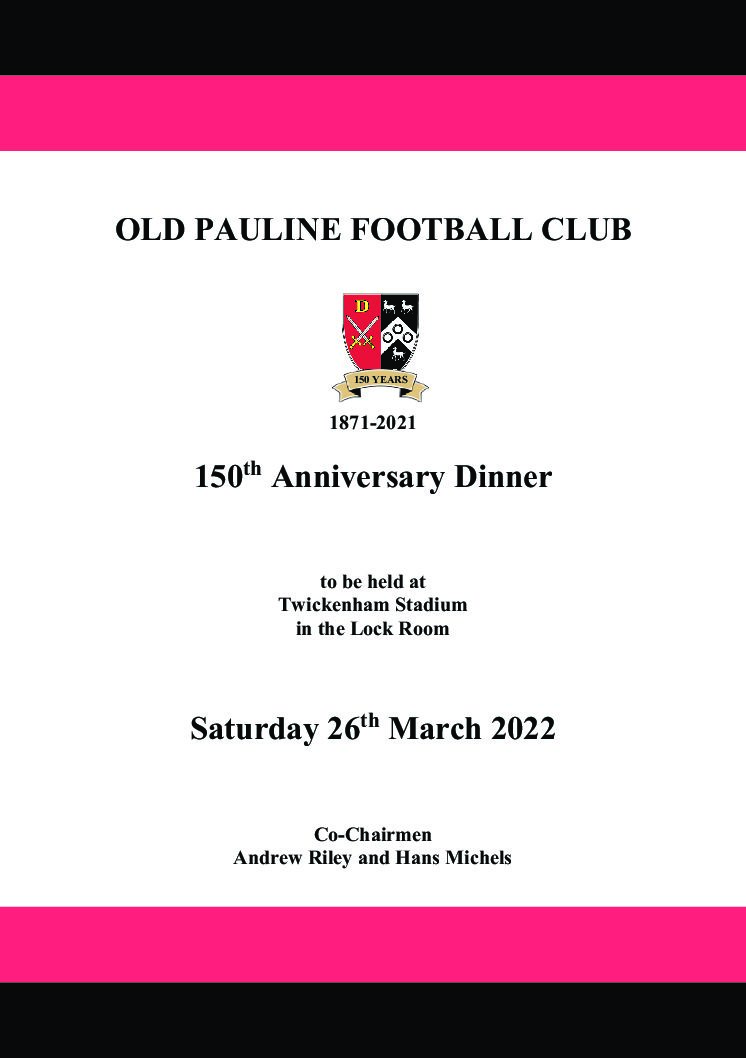 On Saturday 26 March 2022, the club celebrated its 150th anniversary in fine style with a dinner at Twickenham Stadium.

140 current and former players and their guests enjoyed an excellent evening of food, drink and dancing. Guests included His Honour Jeff Blackett, RFU President, and his wife Sally; Peter Baveystock, President of Middlesex RFU; Bob Lawless, the Chairman of Playing and Player Development of Middlesex RFU; and Tyrone Lawless, the Surrey Competitions Secretary and a stalwart of amateur rugby and clubs like the OPFC.

After the traditional end-of-season awards ceremony, guests enjoyed a humorous version of ‘Heads or Tails’ to raise money for the Atlas Foundation. This was followed by excellent cheese and dancing.

The dinner rounded off a memorable season for OPFC, which saw the 1st XV promoted to the Surrey Two league.