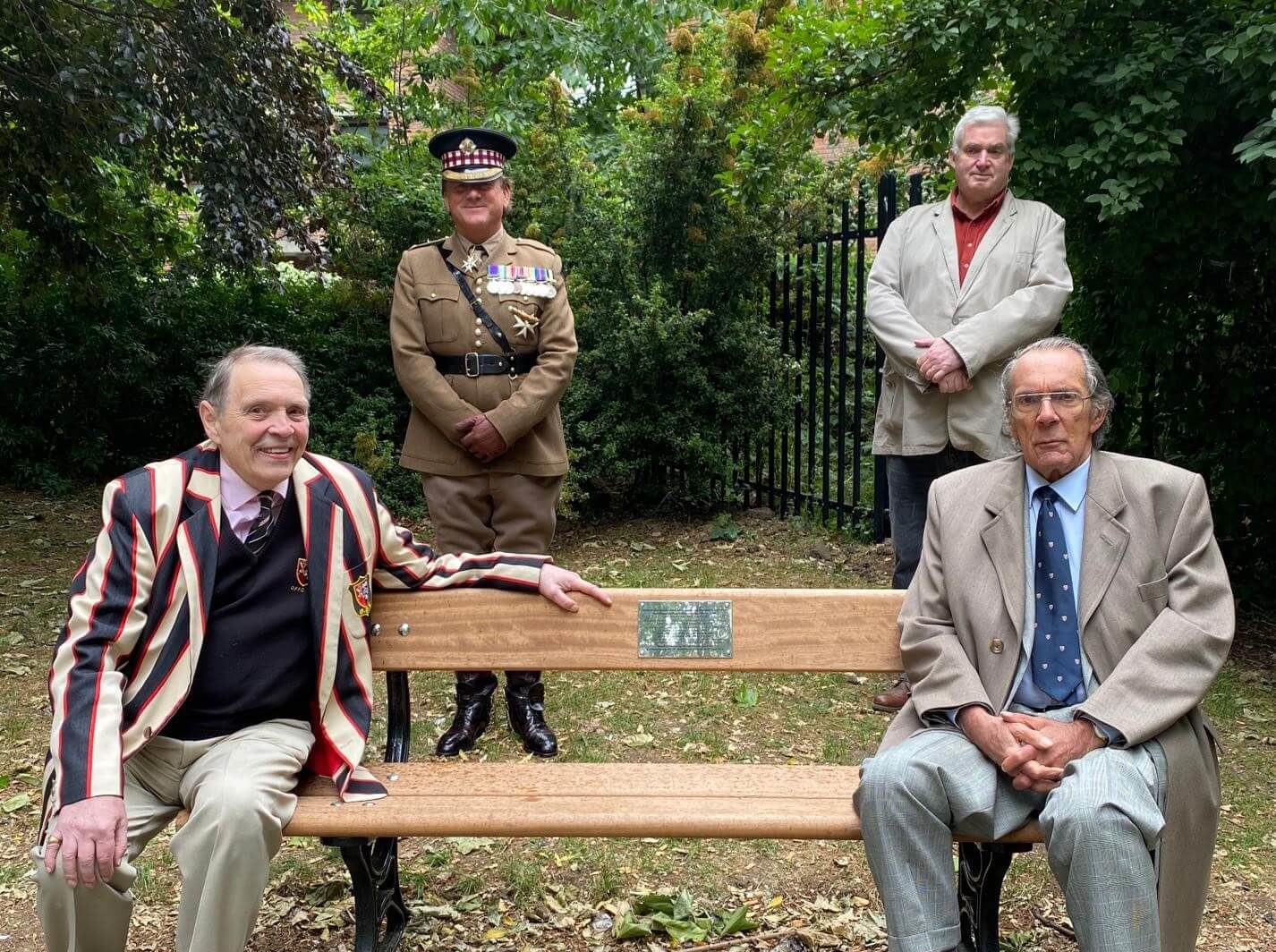 To mark the 76th anniversary of D-Day on Saturday 6 June in the gardens of the former St Paul’s School on Hammersmith Road, where ‘Operation Overlord’ was finalised, Major James Kelly (1974-79) unveiled a commemorative plaque funded by the Old Pauline Trust.

The D-Day invasion was one of the most complex military operations ever undertaken, with 160,000 troops crossing the English Channel in a day, supported by hundreds of warships and planes. Montgomery chose his old School building to be his Supreme Allied HQ for 21st Army Group. General Eisenhower later wrote that “during the whole of the war I attended no other conference so packed with rank as this one”, with King George VI and Winston Churchill among those present. Pupils had previously been evacuated to Crowthorne and the building had 700 windows shattered by German bombing.

The only building surviving from 6 June 1944 is School House, which before that had housed the High Master and is now the St Paul’s Hotel, the front garden (today known as St Paul’s Gardens) and the surrounding walls. 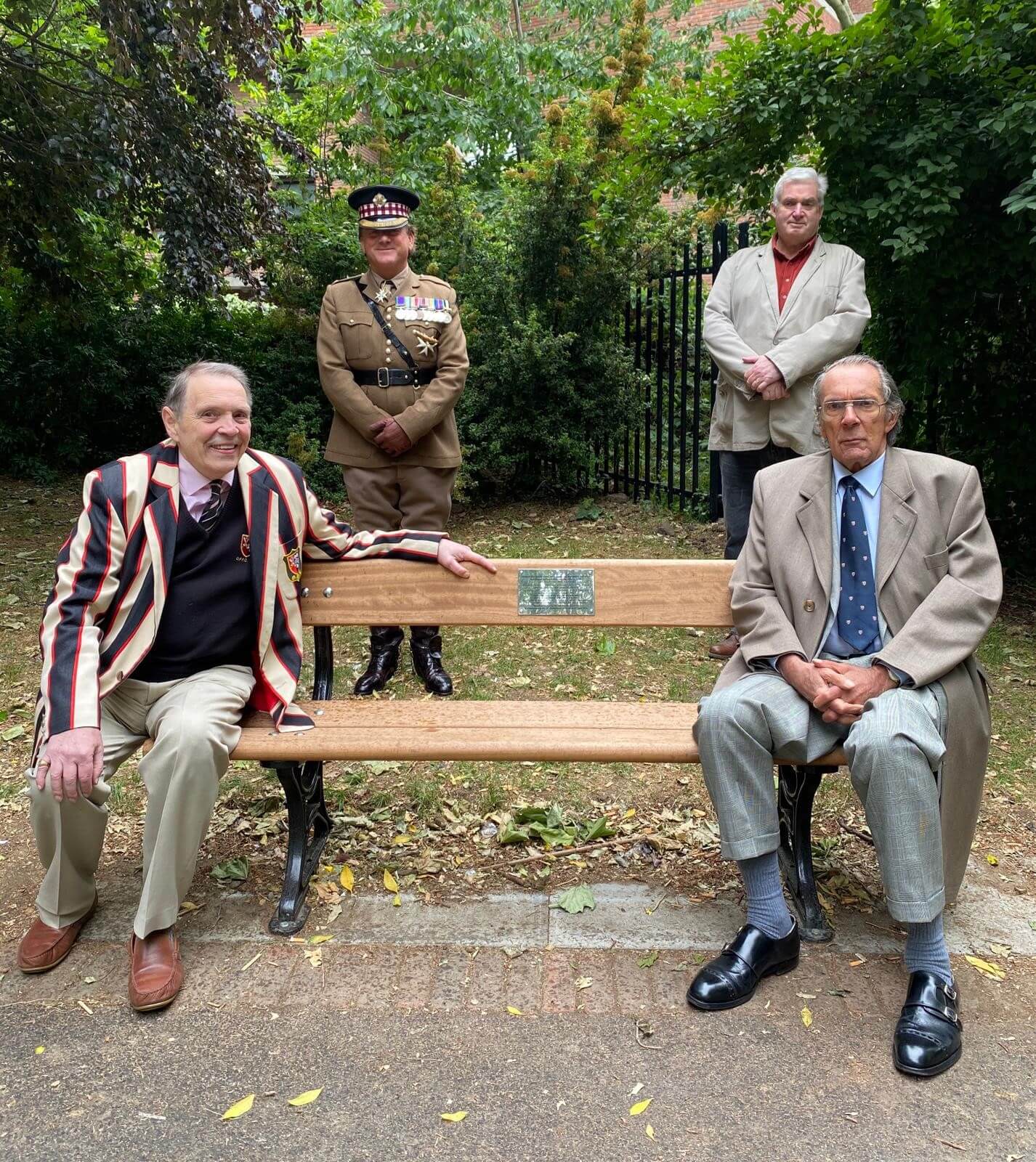 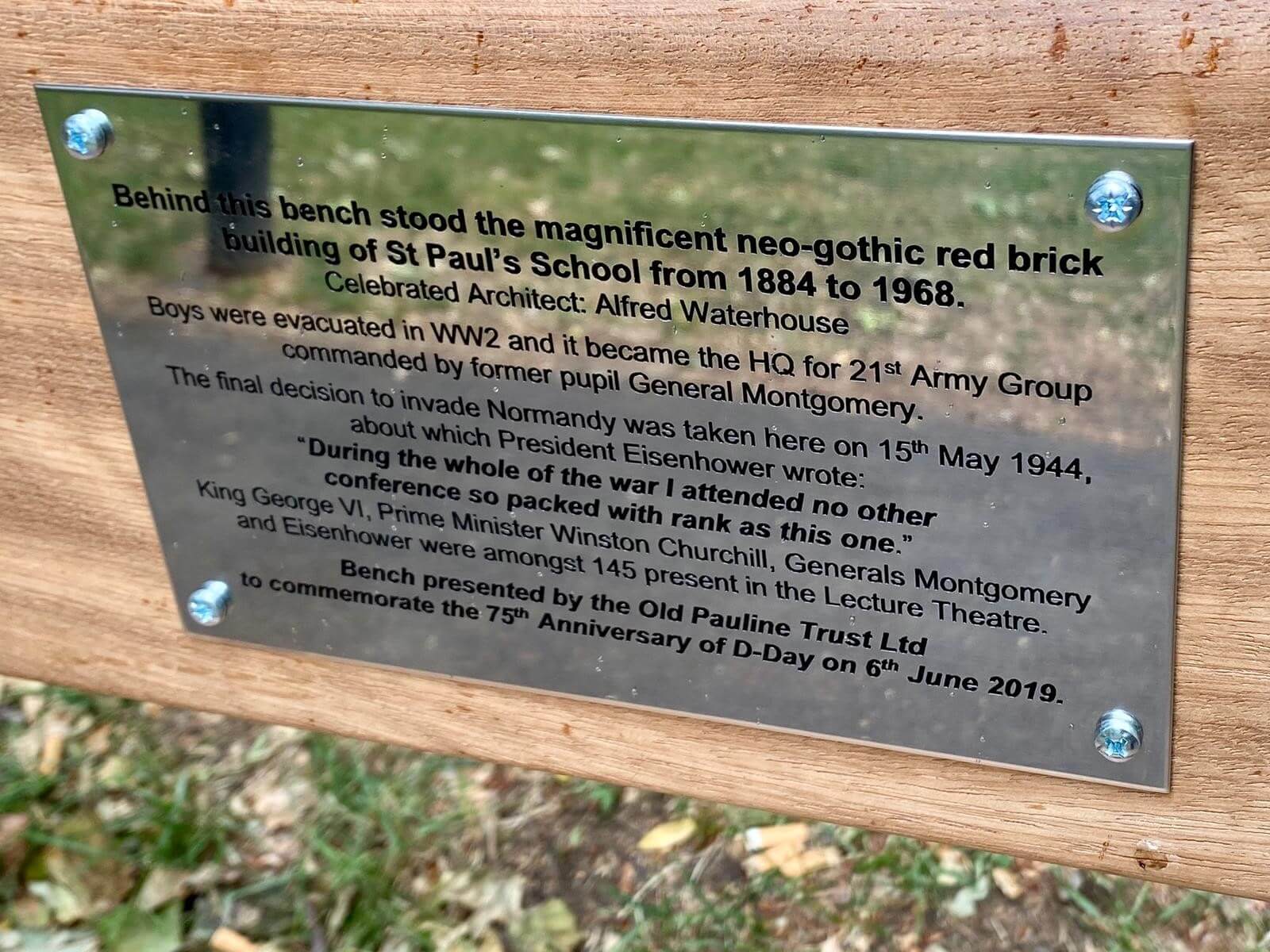 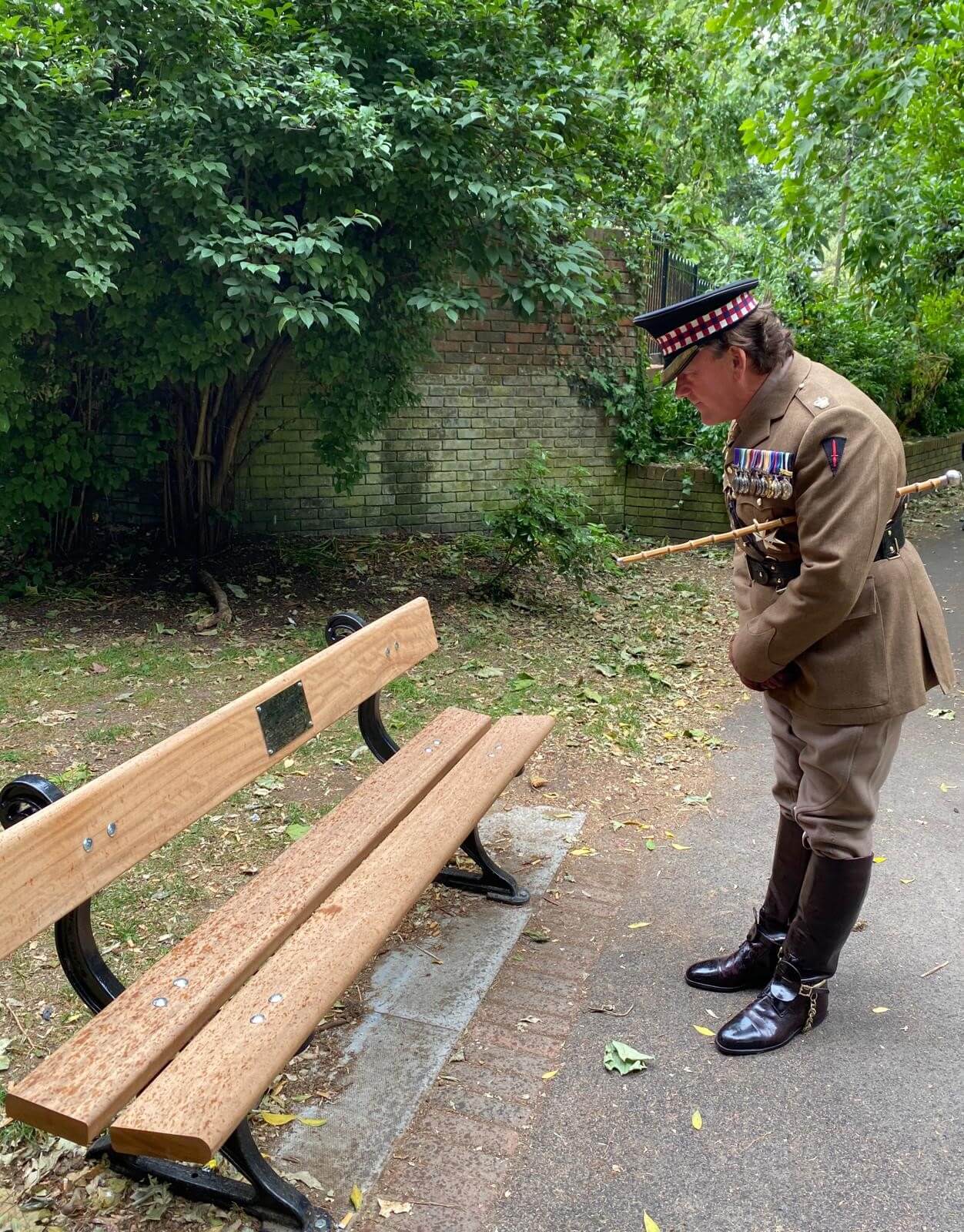 The ride covers the entire coastline of England, Scotland and Wales.
- more
19 June

Read the President’s Report to the OPC AGM
- more