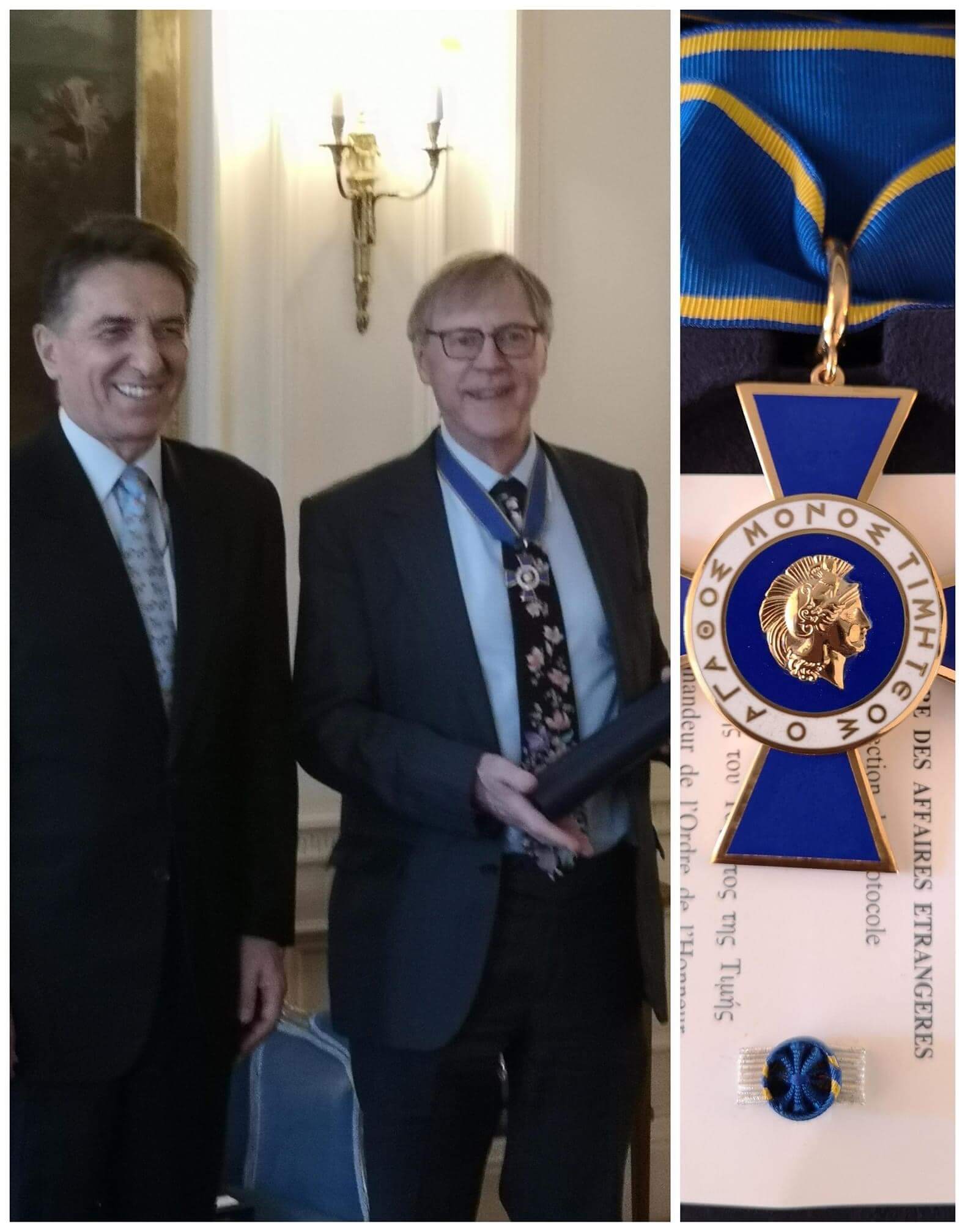 Professor Paul Cartledge (1960-64) has received the Commander of the Order of Honour (Ταξιάρχης τῆς Τιμῆς), one of the highest honours the Greek state can give for his “contribution to enhancing Greece’s stature abroad.” The Greek Ambassador to London, Ioannis Raptakis delivered the honour.

The former A G Leventis Professor of Greek Culture at the University of Cambridge, he is also a holder of the ‘Gold Cross’ of the Order of Honour (Greece) and has also been recognised as a Son of Sparta and as a “panhellenic δημότης of the Spartans”.