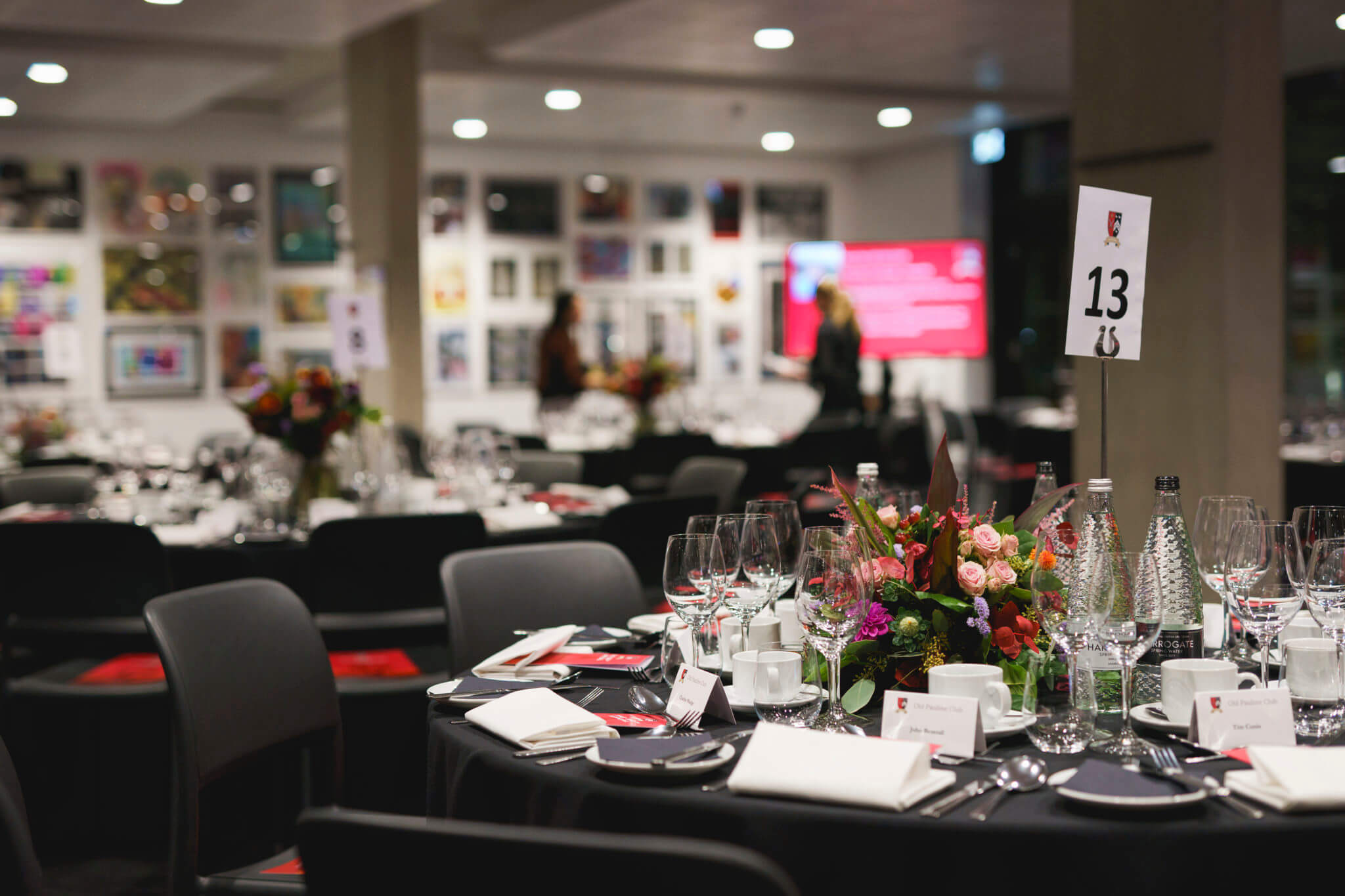 On 14 October 2021, the twice-postponed Annual Dinner took place in the Dining Hall at the School.

The event marked the beginning of the Club’s 150th anniversary celebrations, and President Ed Vaizey launched the 150th programme of events, the 150th Appeal and announced the change of the Club’s name to The St Paul’s Alumni Association from September 2022.

Old Paulines in attendance were delighted to hear from the High Master, Sally-Anne Huang, as she spoke of her time in post as High Master and her pleasure in interacting with Old Paulines, with the hope of meeting many more now that face-to-face events have been able to resume.

The after dinner speaker was John Simpson (1957-62) who entertained and informed with his stories of school days and in his role as BBC World Affairs Correspondent.

Highlights from the evening are shared in the video below, as well as in the photo gallery at the bottom of the page.