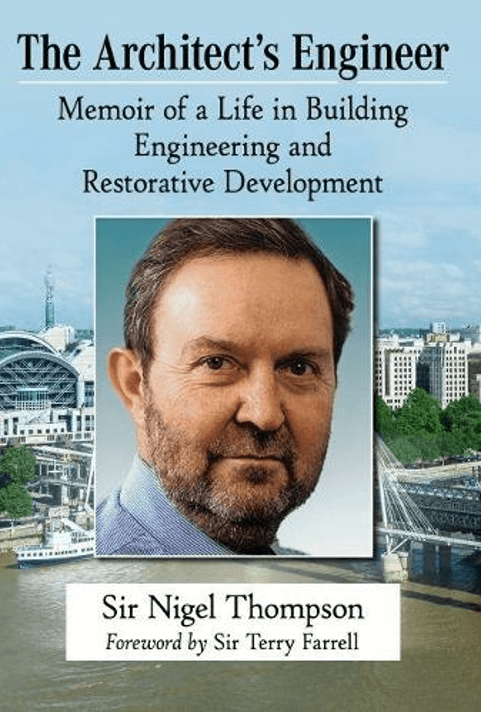 The publisher’s synopsis can be read below:

“Sir Nigel Thompson walked to school around the bomb craters of the London Blitz-it made him want to build things, rather than knock them down. After studying structural engineering in Africa, he worked on hospitals and theaters in London, and later headed the team that designed University of Qatar. He went on to design Embankment Place, a massive office complex built over London’s Charing Cross railway station. Turning from building to rebuilding, he explored construction opportunities for British firms during the Gulf War, in Kuwait’s still-burning oil fields. Following the 1999 bombing of Serbia and Kosovo, he led a reconstruction task force in Kosovo at the request of UK Prime Minister Tony Blair, for which he was knighted. Thompson’s memoir details his long career in architectural design and construction, and in restorative development.”

On Thursday 23 June, the 150th Anniversary Dinner was held at The Tabernacle, Notting Hill.
- more
24 June