Home > News > The Only Tory in Town
Back to all news 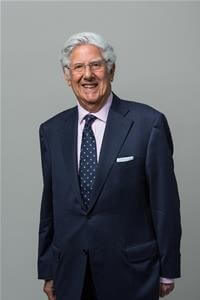 The London Borough of Richmond upon Thames has one remaining Conservative councillor, Geoffrey Samuel (1944-49).

Geoffrey is a retired schoolmaster who in 1973 became head for 23 years of The Heathland School in Hounslow. He was first elected to the Council in 1957, representing Labour – there are now no Labour councillors in the borough. From 1978 for nineteen years, he did not seek election as he concentrated on school life but returned in 1997 as a Conservative and was deputy leader of the council from 2002-06 and 2010-17. Geoffrey was re-elected on 5 May aged 91 to the Hampton North ward.

In 2017, on the 60th anniversary of his first election, when interviewed he said of his future in local politics “I intend to stay as long as the people want me in and as long as I’m physically and mentally capable.” Clearly, he is a politician who keeps his word.

We send our congratulations to two OPs on their recent book launches.
- more
31 May