Home > News > 150th Anniversary Dinner at The Tabernacle, Notting Hill
Back to all news 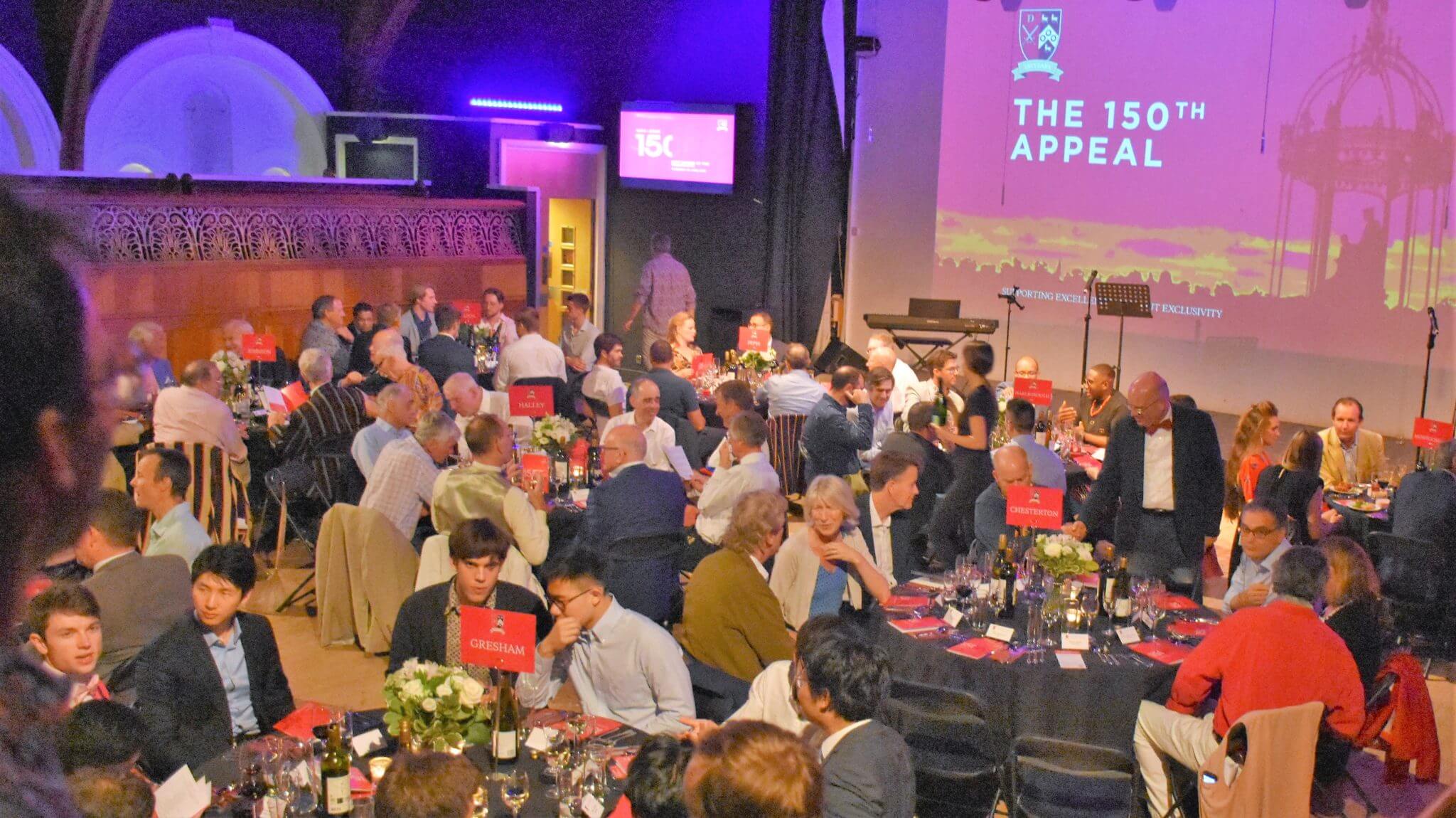 On Thursday 23 June, the 150th Anniversary Dinner was held at The Tabernacle, Notting Hill. The evening received positive feedback, enabling OPs of all ages to socialise with old friends and new, celebrate 150 years of Pauline alumni engagement and raise funds for the OPC 150th Appeal.

The evening began with a drinks reception, at which guests enjoyed martinis made using Dima’s Ukranian vodka (produced by Dima Deinega (2002-07)), whilst being entertained by jazz standards performed by The Greg Davis Trio.

In the course of the evening, diners heard from the High Master and the OPC President, with further contributions from Jonathan Kydd (1967-72), MC, and Lizzie Holmes, soprano.

The 150th Appeal was the central focus of the evening and video testimonies were shown from bursary recipients, Tom Adeyoola (1990-95), Noah Zhou (2014-19) and Kiki Ajayi (2016-21), who shared their experience of the power of bursaries to change lives. The Appeal will run throughout Ed Vaizey’s presidency – until June 2023 – and will raise money for the school’s bursary fund. We’re delighted to announce that £75,000 was raised from the evening, and we’re incredibly grateful for the generosity of those who contributed to that total.

The programme for the evening can be seen here.

Congratulations to the School’s 1st VIII, who won the Princess Elizabeth Challenge Cup at Henley this year.
- more
30 June