Home > News > A Century of House Parties
Back to all news 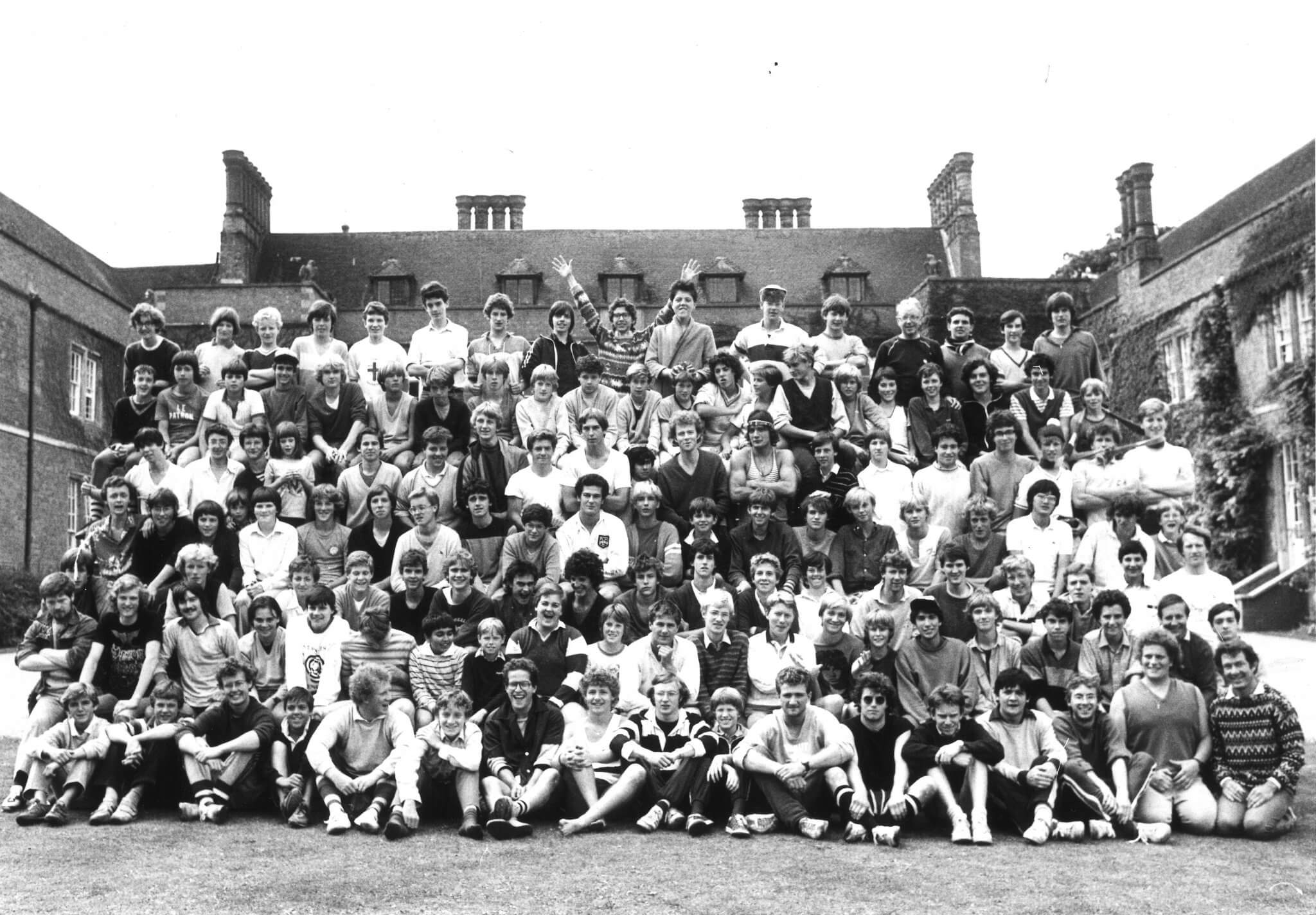 A Century of House Parties

The House Party which was held in August 2019 marked the 100th Summer House Party for the St Paul’s School Christian Union. With an event planned later this year to mark this anniversary, we look back at a century of House Parties.

The Christian Union article in the June 1939 issue of The Pauline describes House Parties as fulfilling a key purpose of the CU:
“The second purpose of the society is fulfilled by the opportunities provided in term time and by the house-parties which are run by Old Paulines in the holidays. We take this opportunity of bringing to the notice of Paulines the house-party run at Bilton Grange and Dunchurch Hall near Rugby for ten days at the end of August.” 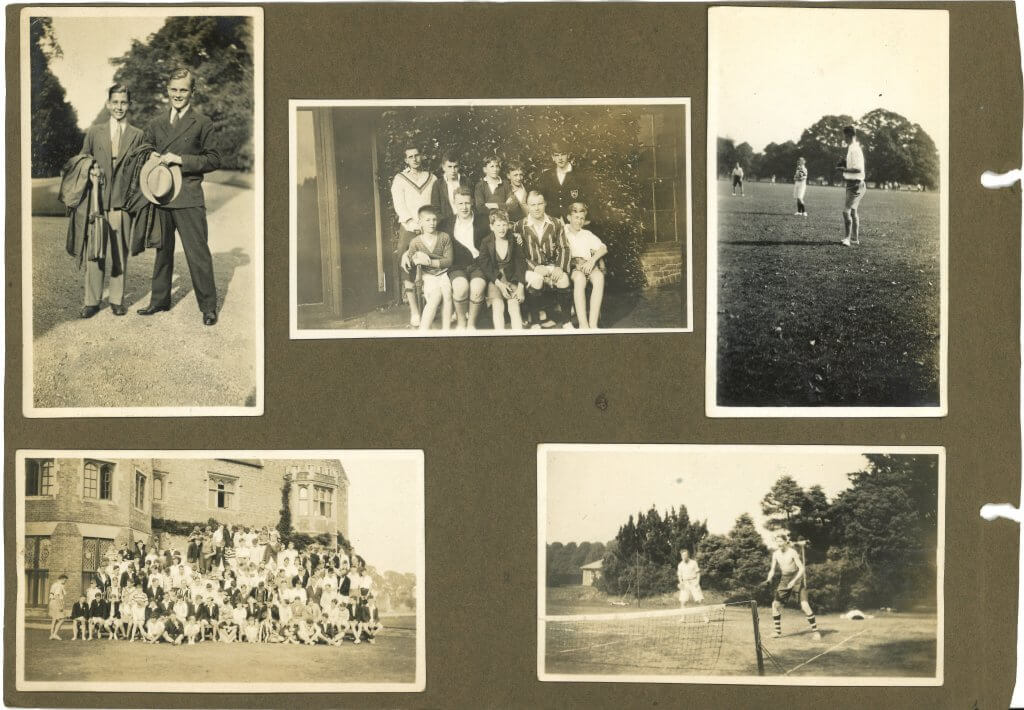 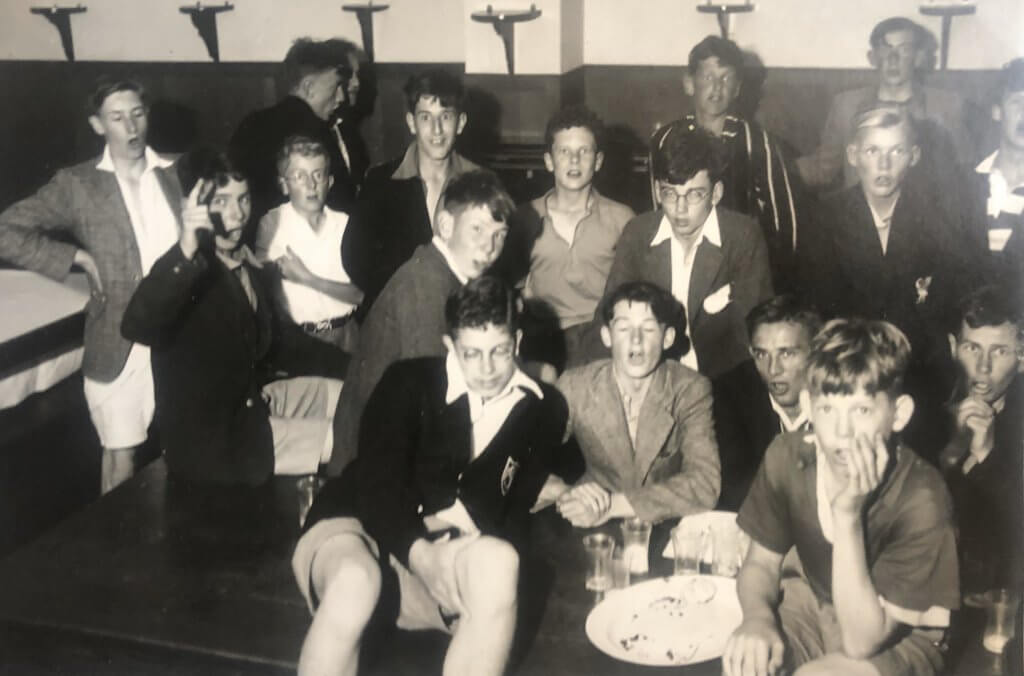 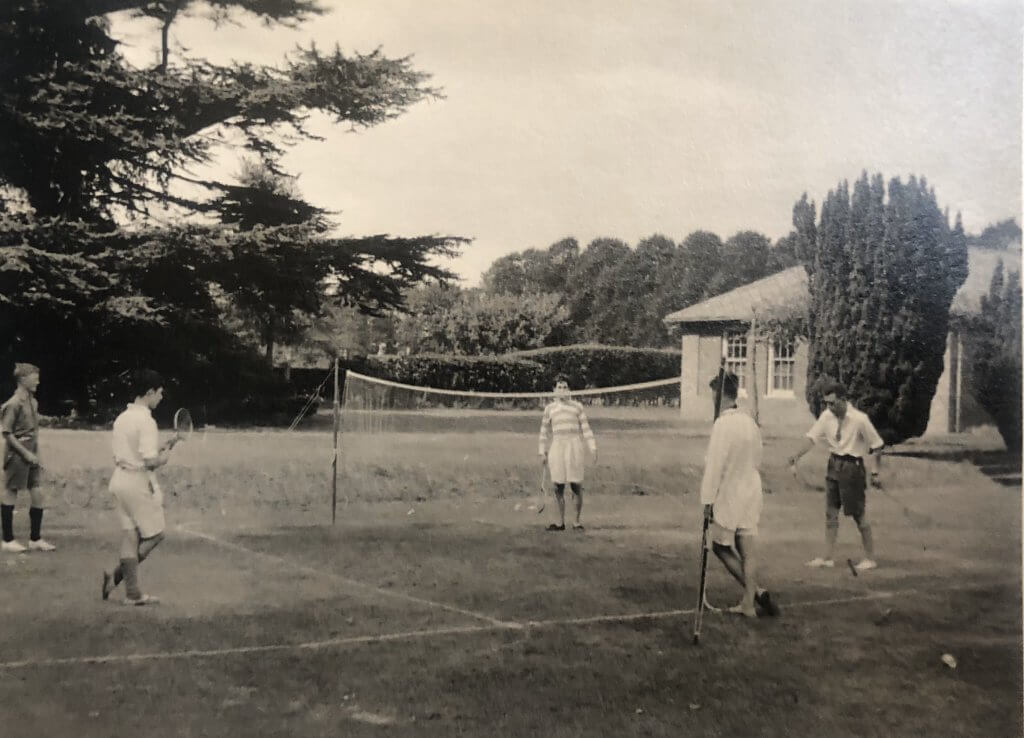 From the earliest descriptions that appear in school publications, House Parties are spoken of with great affection, particularly in the war years, during which these holidays provided a welcome distraction to the everyday reality of wartime. In the November 1941 issue of The Pauline, the summer House Party at Dunchurch is remembered fondly:

“The war has altered many things, and it would be absurd to ignore the material changes which have slightly affected the order of things at these house parties. But in one way—the only way which really matters—nothing has changed; the spirit which permeated the whole holiday in peacetime and which has made it possible carry on in the past two years, is still the centre, the immutable core of everything which we do, from podex to dormitory riots. This annual ten days, when we are planning it and while we are enjoying it, depends above all on us, and knowing our own weaknesses, we may realise what we owe to this party which does what no other community can do.”

Nevertheless, duty to King and country was not forgotten, with provisions made that attendance at farming camps could be accommodated. In The Pauline, June 1942 edition, we read: “The dates of the party will be August 31st–September 10th, enabling those who come to fit in beforehand their three weeks at a School farming camp.”

After the war, it seems, an annual challenge ensued to try to restore Summer House Party numbers to their pre-war levels, with increasing vigour until, in The Pauline, November 1953, we read this stern address:

“We have been preparing for our Summer House Party, which is held, as usual, at Ashfold and Newells. This year there will be just over one hundred people, and there would have been more had not at least thirty who would have liked to come been unable to, because they were already going away at that time. In many cases this clash could have been avoided, so we ask you now, one year in advance, to tell your parents that you will be going away next year at the beginning of September.” 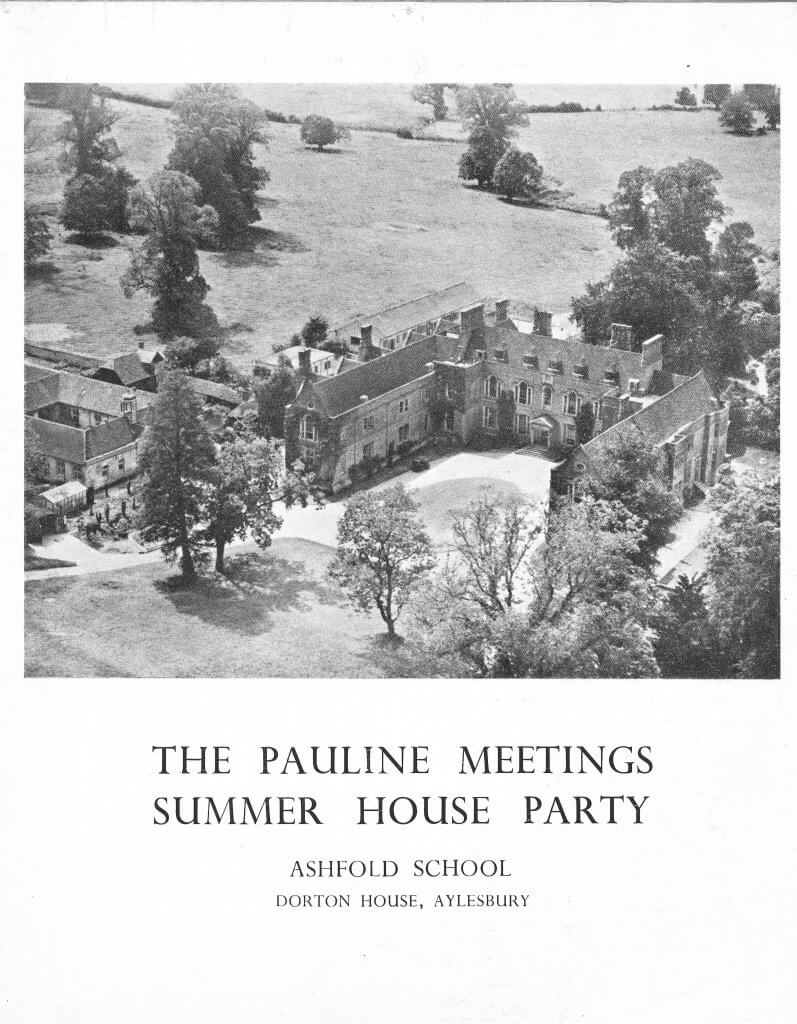 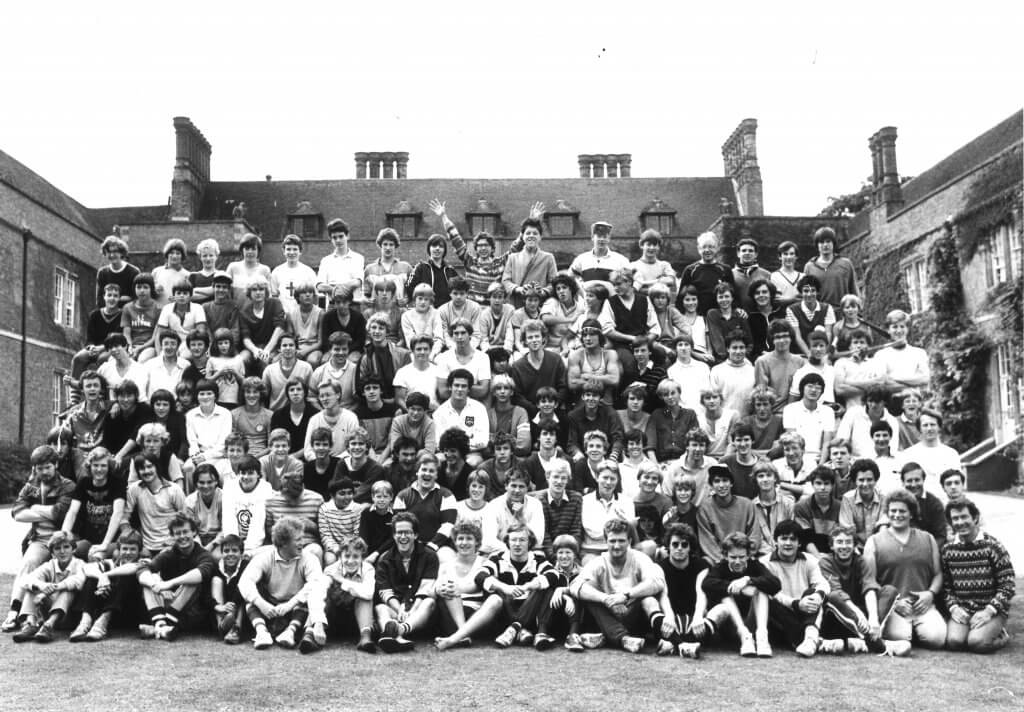 
This continues until, from the 1960s to the 1980s, the much-anticipated surge in applications materialised. In The Pauline, December 1980, we read:
“The number of people who wanted to go on the Summer House Party was 150; the number which Ashfold School would allow us was 140. So this year, as well as the House Party, which was indeed a great success, it was decided to organize a boat trip on the Norfolk Broads. This trip consisted of people who either were about to leave school or had just done so; therefore it was possible to deal with the particular problems of this age group, and everyone involved found it extremely helpful.”

As described, 1980 saw the advent of the boat trip, which continues today for leaving Upper Eighth students. In a 2019 Atrium article, John Beastall described the boat trips as “a huge spiritual refreshment for us.”1

As is often the case with clubs and societies that have existed for many years, House Party attendees have a common language, which to the uninitiated might seem most peculiar. With terms such as ‘podex’, an annual and highly competitive game played by attendees. The term ‘pi-squash’ is often seen in Christian Union articles to describe the Christian Union or its committee. This rather baffling term was explained in an article in The Pauline, 1999-2000: “The school Christian Union had already existed before 1900. It was affectionately known as the `Pi-squash’, the name being an evolution of the term `pious-squash’, mischievously coined to denote the cramming in of religious activity”. Such terms give a further insight into the shared identity of House Party attendees, but that should not imply that the holidays or union have a reputation of exclusivity. The Christian Union and its House Parties have always welcomed new members, whether new pupils or not. The Christian Union article in The Pauline, November 1982, makes this abundantly clear in its closing sentence: “Finally we extend a warm welcome to all Paulines and to the new boys in particular — to anyone who wants to make friends, to learn about Christian faith and to love and serve God.”

Apart from the annual traditions of games and activities, central to the Christian Union and House Party ethos is the spirit of charitable giving. Challenges and initiatives to raise funds for the less fortunate continue to form a central element of each House Party. Historically, ‘work parties’ have been part of the House Party scheme, with groups in the past having helped to paint schools, build steps for rural Church Halls and, perhaps most interestingly, act as local decorators for Hammersmith and Fulham Council, amongst other useful deeds. In the 2003-4 issue of The Pauline, we read that “Over £3000 was raised at House Parties over the last year, going to help the work of Christian Aid and Water Aid.” More recently, the Union has helped with local homelessness charity, Glass Door. In an interview for Atrium magazine in 2019, Ed Fryer (2004-09) stated that “We probably raise every summer about £5,000 from the House Party on CustAid. Bids are made for officers to undertake custard based challenges”2.

What is clear from all accounts throughout the history of the House Parties is that they have provided weeks of fondly remembered fellowship for thousands of Paulines and Old Paulines, something that it is hoped will continue and develop for years to come.