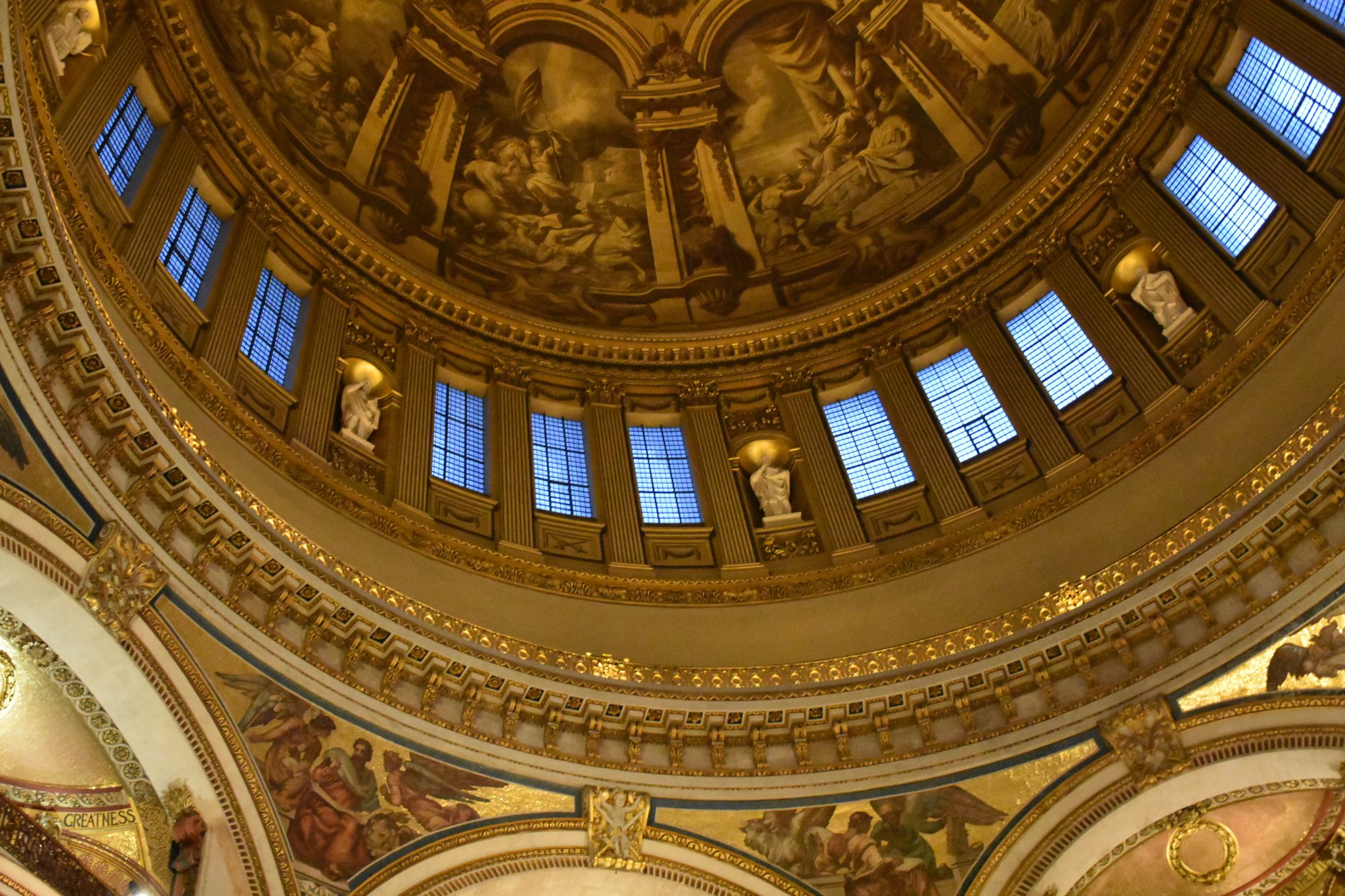 On Monday 3 February, around 100 Old Paulines, along with their guests, Upper Eighth students and their parents, gathered in St Paul’s Cathedral for a celebration of Evensong to mark the Feast of the Conversion of St Paul.

Readings, given by the Canon Chancellor of St Paul’s Cathedral, and Brian Jones, President of the Old Pauline Club, were taken from Genesis 1 and Mark 10. As Brian Jones noted in his speech at the Mercers’ Hall, it is something of a coup that we are able to celebrate the Feast in this way at the Cathedral, with the School’s own choir singing in a public service. Those who have attended for a number of years will also have noted the pleasing response to requests for a more recognisable closing hymn, with congregational favourite, Lord of all hopefulness, rounding off a most enjoyable service. Brian thanked Rev Matt Knox, Chaplain of St Paul’s and St Paul’s Girls’ Schools, for opening up such a positive dialogue with the Cathedral regarding this year’s service.

Following Evensong, all made their way to the Mercers’ Hall for an evening of socialising, speeches and a delicious supper. Guests were welcomed with an opening speech by Adam Fenwick, House Warden of the Mercers’ Company and Governor of the school. Adam spoke of the history of the Feast and also paid tribute to the outstanding leadership of Professor Mark Bailey, this being his last Feast Service as High Master. Brian Jones followed, speaking of the numerous social and professional networking opportunities open to the leaving Upper Eighth students through the OP Club, no longer just a dining club for those who were past playing football (rugby) or rowing – as it was at the Club’s inception in 1872.

As is customary, Brian presented the school with books donated by the Club (Medhurst, W.H. 1838. China: its state and prospects, with especial reference to the spread of the Gospel: containing allusions to the antiquity, extent, population, civilization, literature and religion of the Chinese; Levick, G.M. 1914. Antarctic penguin: a study of their social habits; and Allan, I. 1942. ABC of Southern locomotives: A complete list of all Southern Railway Engines in service). Toasts were raised to the School, the Queen and the immortal memory of John Colet. Hilary Cummings, Librarian at St Paul’s, gratefully accepted the books on behalf of the school and gave a short, and at times, humorous description of each. The speeches concluded with High Master, Professor Mark Bailey, who gave a glowing review of the support lent by the Old Pauline Club and the Mercers’ Company  throughout his time at the school, as well as again thanking the OPs for the book donations.

The buffet supper that followed the speeches enabled Old Paulines from a range of year groups (1950-2018), current students and parents to mix while enjoying delicious food and wine. The hospitality of the Mercers was, once again, excellent.

Congratulations to Stephen Greenhalgh (1981-86), who has been appointed Minister of State jointly at the Ministry of Housing, Communities and Local Government and the Home Office.
- more
23 March

We are deeply saddened by the news of the passing of Nicholas Parsons CBE on 28 January 2020.
- more