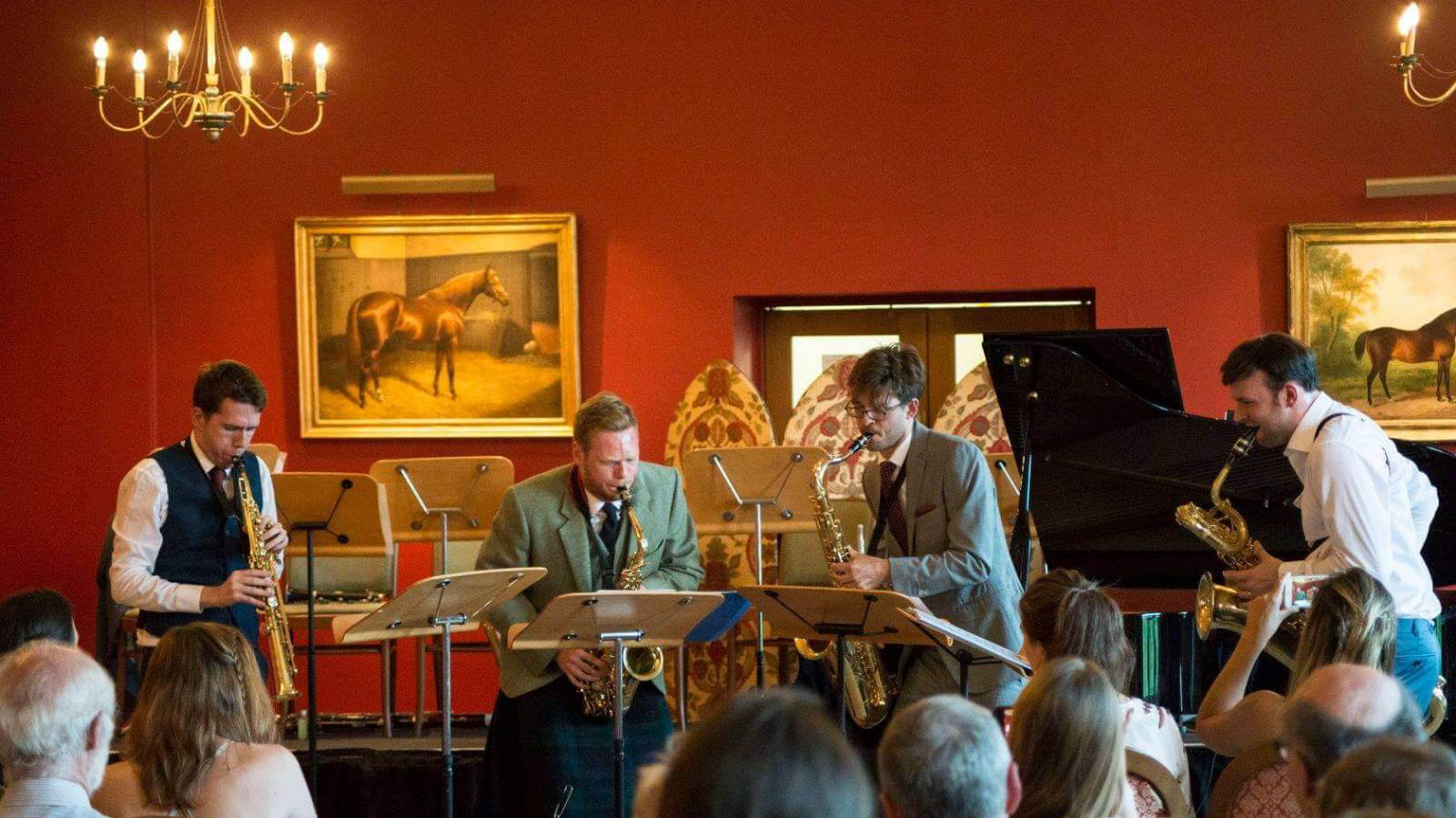 We are delighted to share the charming story of the Delice Saxophone Quartet, a group of musicians that formed at St Paul’s School and comprises Simon Hendry, Richard Godden, Ali Jennings and JP Ekins (all 2000-05).

The quartet won the under 21s national saxophone competition when they were in the Lower Eighth at St Paul’s and carried on playing together for two years after leaving the school, notably at the Edinburgh Festival in 2005 and 2006. 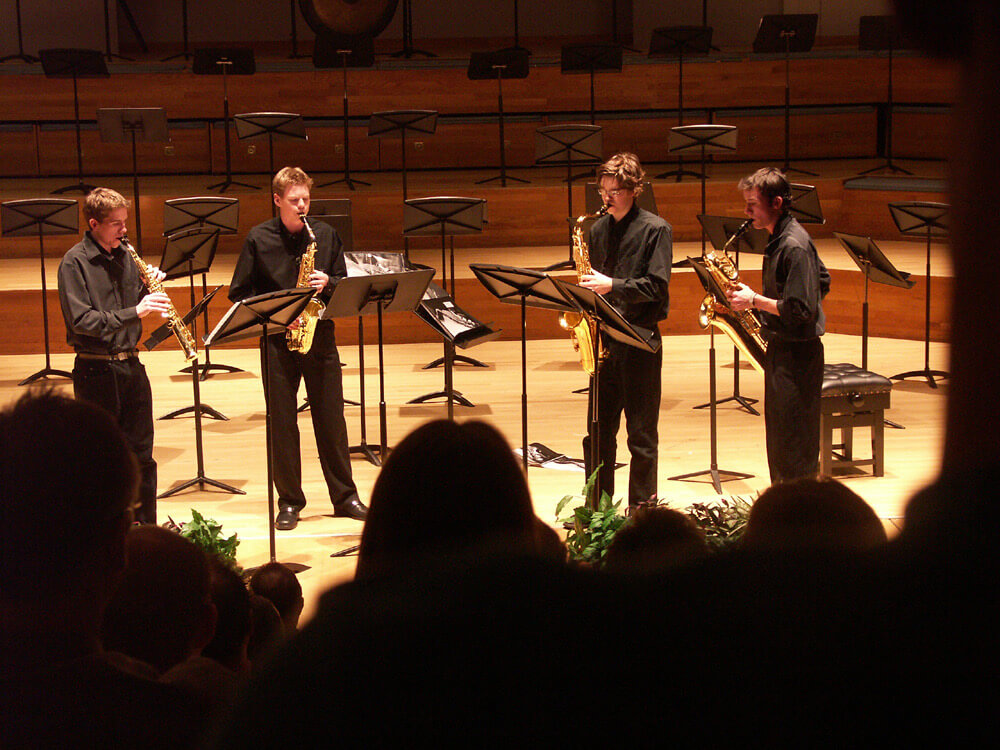 The ensemble played at JP Ekins’ wedding (an image taken at this performance is shown at the top of the article), which included a concert as part of the ceremony and, on that day, the members agreed to play for each of the other’s weddings. Simon Hendry married in 2017, but Richard couldn’t make it to the wedding. Thankfully another of the group’s peers, Jack Ridley, attended and stepped in for Richard! The group is due to reunite once again for a performance at the wedding of Ali Jennings in August.

A Special General Meeting of members of the OPC will be held on 14th December 2021 commencing at 6.30pm in the Montgomery Room at St Paul’s School and on Zoom.
- more
19 August

This year’s AGM marked the end of Brian’s term as the Club’s President. Here is the full text of his report to members.
- more