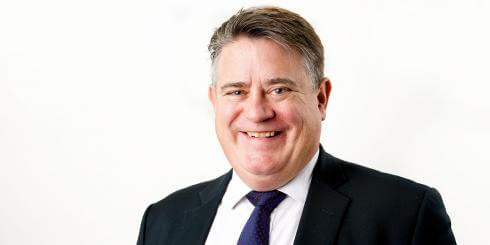 Congratulations to Stephen Greenhalgh (1980-84), who has been appointed Minister of State jointly at the Ministry of Housing, Communities and Local Government and the Home Office.

Stephen has also been made a life peer.

Stephen Greenhalgh was Council Leader of the London Borough of Hammersmith and Fulham between 2006 and 2012, having first been elected as a councillor in 1996. He is a former Deputy Mayor of London, serving in that role between 2012 and 2016 as head of the Mayor’s Office for Policing and Crime.

He began his business career with Procter and Gamble and later PricewaterhouseCoopers. He has been a Director of BIBA Medical, a company he established in the 1990s, and also a trustee of the Camelia Botnar Arterial Research Foundation.

You can also read his profile piece in the Autumn 2019 edition of Atrium here.

The ride covers the entire coastline of England, Scotland and Wales.
- more