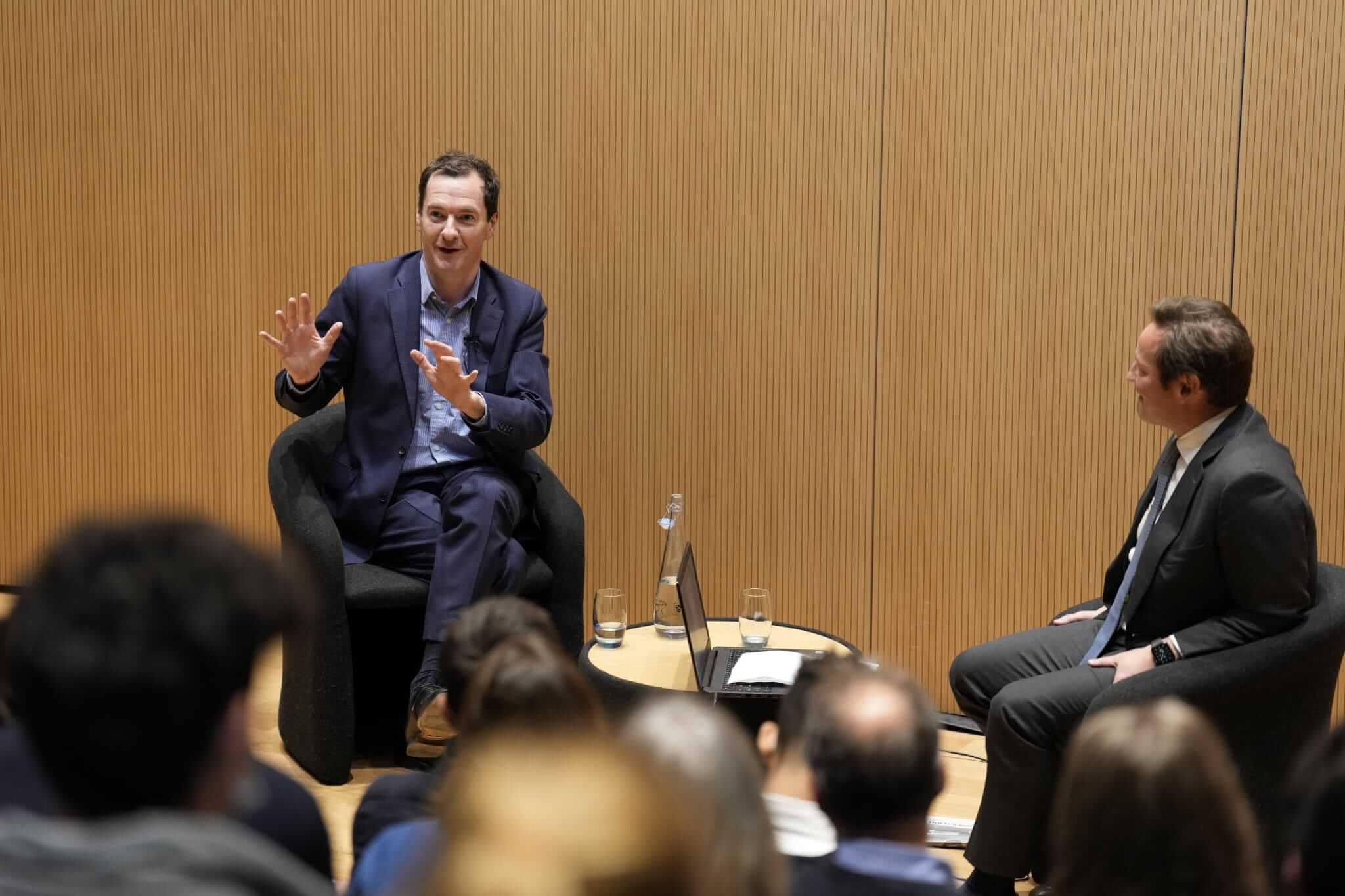 George Osborne returned to St Paul’s on Tuesday 30 November for the launch event of the new “The future of…” series, “The Future of Britain’s Politics”.

This series, part of the OPC 150th Anniversary programme, will see fireside chats between OPC President, Lord Vaizey of Didcot, and distinguished OPs prominent in their fields covering a range of issues facing contemporary Britain, including Britain’s place in the world, health, the arts and education.

The event was held in a hybrid format, with a live audience in the John Colet Hall, as well as over 500 watching a live stream at home via Zoom.

Osborne reflected on the opportunities he enjoyed and the exemplary teaching that he received while at St Paul’s. Ed Vaizey then prompted him to share his experiences of living and working in Downing Street, as well as his more recent roles as Editor of the Evening Standard and Chairman of the British Museum. George spoke of the interesting role that he occupied as both Chancellor of the Exchequer and as advisor and confidant of then Prime Minister, David Cameron. This led to a discussion of the current government and opposition party, as well as a look to the future. Issues covered included the ‘Northern Powerhouse’, the effects of Brexit and our relationship with Europe, and culture wars. George shared a thoughtful and balanced insight into the world of politics and generated a lively Q&A session which concluded the evening.

We would like to thank George, Ed and our Live and Virtual audiences for joining us to launch “The Future of…” series and we look forward to seeing you at an OPC/St Paul’s event in the future.

Forthcoming events in the series include:

The Future of: Education with Sally-Anne Huang, High Master, and The Rt Hon Lord Baker of Dorking (1948-53)